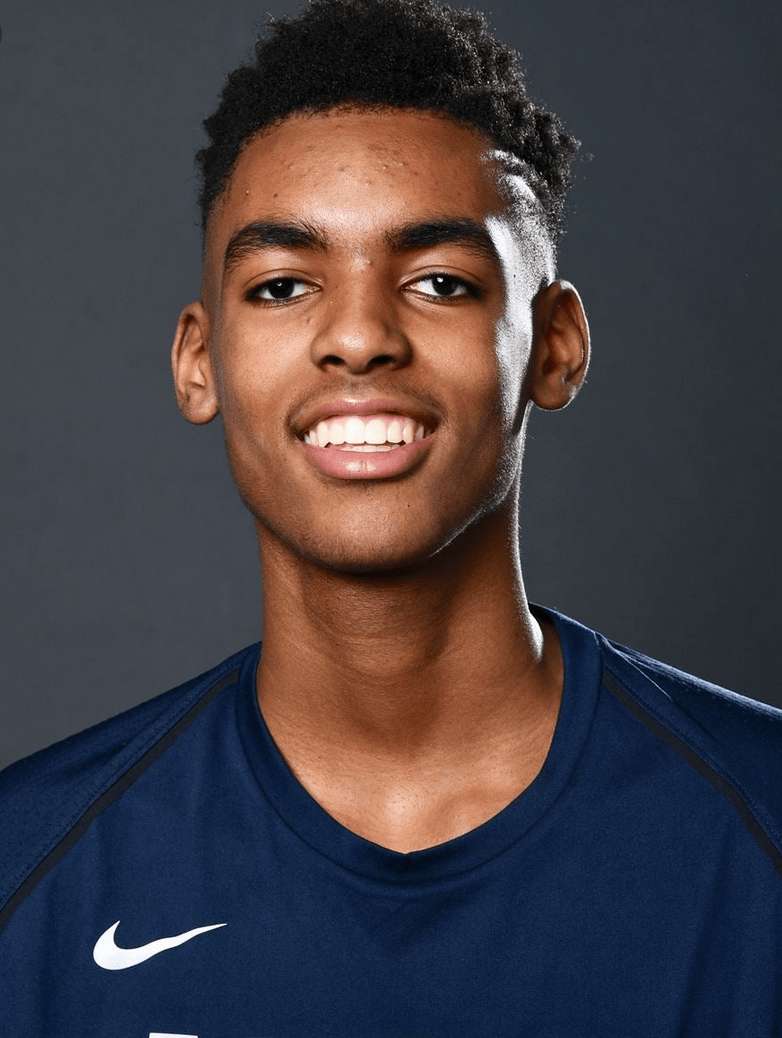 There’s not a lot of movement at the top of the 2022 mock. We’ve had a limited high school basketball season this year and most of the established top guys have looked just as good as expected. Chet and Jaden Hardy both remain unsigned, with Gonzaga seeming to have a slight edge for Chet and Jaden perhaps heading to the G League or another professional route.

One of the biggest movers up the 2022 draft board is Auburn combo forward J.T. Thor. There’s a chance Thor declares this year but would be well served to spend another year in school and try to lock in a first round grade. If he does stay he’ll form an absolutely terrifying duo at the forward position with incoming star Jabari Smith. The Auburn program has been on a roll the past few years and looks set to continue.

One upper class-man who is mocked in the first round next year is Virginia’s Trey Murphy III. Trey is a lanky 6-9 guard with handles and a sweet outside shot. He’s another guy who could test the waters this year but might return to school to improve his draft stock.

Azuolas Tubelis, the 6-10 power forward from Arizona by way of Lithuania is having a really solid freshman season, averaging 12pts, 7rbs on 50% shooting. We noted before the season started that he would burst onto the scene and so far he’s living up to the hype. He’d be well served to stay in school another year and could be looking at a first round grade in 2022.

There are some big changes to our 2022 mock draft. It’s looking unlikely that the NBA will change the one and done rule to allow high schoolers (and 18 year olds) to go straight to the pros so we’ve moved Emoni Bates, Victor Wembanyama and Jalen Duran back a year, to the 2023 mock. Even without this being a “super draft” 2022 is still a loaded class.

Chet Holmgren moves up to no.1 and he looks every bit the part of a no.1 overall prospect. Jaden Hardy, Paolo Banchero, Patrick Baldwin Jr. Yannick Nzosa and Jabari Smith also look like legit top 5 or top 10 type players.

Daimion Collins is a prospect that really intrigues me and seems to be getting far too little attention. Look for him to make moves up draft boards soon (or at least by the time he’s swatting shots next season at Kentucky).

Hunter Sallis is another big upside player who could use a little more national attention.

Another high upside but unpolished player who needs more love is Bryce McGowens, who has committed to Nebraska. The Cornhuskers don’t produce many one and dones but they might have one with Bryce. He’s an exceptional athlete with great length and elite bounce who is dripping with potential. As he tightens up his handles and continues to improve from outside he’ll make scouts take notice.

We’ve moved a few of this year’s freshman to the 2022 mock, predicting that they’ll stay in school for a second season. Caleb Love, D.J. Steward, Day’Ron Sharpe and Makur Maker are a few prospects who look like they could use some more seasoning before making the leap to the league.

There are a few new names on in the mock including Justin Powell of Auburn, Marcus Carr of Minnesota and Christian Bruan of Kansas. Powell has been especially impressive, showing off great outside shooting ability and a game that is well suited for the NBA. There’s a chance he’s a one and done but for now we have him mocked in the 2022 draft.

It’s early and a lot will change between now and mid 2022 but at this point the 2022 draft class is shaping up to be a really special class. First there’s a possibility that this will be a super-draft if the NBA changes the one and done rule allowing high school players to jump straight to the league. This would bring some special talents into the draft including Emoni Bates, Jalen Duran and international sensation Victor Wembanyama. But even if the rules stay the same and 2022 is not a super-draft it will still be super talented.

We all witnessed some of the top rated HS seniors put on a show recently, including Chet Holmgren’s dominant performance against Emoni and Ypsi Prep. And Jaden Hardy showing off his truly elite scoring ability in all his games early in the season. Both Chet and Jaden look like future top 5 picks and potentially franchise altering talents.

We’ve also seen the emergence of Kentucky-bound Daimion Collins who is just a freak-show of an athlete with elite bounce, elite length and unlimited upside. Draft fans should make it a point to see him play. And he’ll get a ton of attention next year in Lexington.

Jabari Smith has also brought his game to a new level, showing off his inside-out skill-set and the type of versatility that NBA teams dream of. The Auburn commit has a polished offensive package and an NBA ready frame. Expect him to put on a show for a year at Auburn before making the jump to the NBA.

Last year Michigan scored a major recruiting win with the Isaiah Todd signing, only to see him change course and jump to the G League. But this current recruiting class is shaping up to be even better with the recent commitments of Caleb Houstan and Moussa Diabate. Caleb is a pure-shooting big wing who excels as a floor-spacer and as a second option scorer. Diabate is a versatile defender and a rim protector with an emerging offensive game that shows a lot of promise. Both of these players are ideal fits in the modern NBA and both could be one and done first rounders in 2022.

UCLA scored a recruiting coup with the signing of elite athlete Payton Watson, who had some rumors of going the G League route. Watson is perhaps the most explosive athlete in this class and has added a few inches to his frame, now measuring 6-9. His game is still a work in progress but you just can’t teach the type of tools that he has.

Burly forward Mike Foster has been putting on a show in the early season games and looks the part of an NBA player. The senior has not yet made a college commitment and all signs point to the G League for him.

The list of top talents in the 2022 draft class goes on and on. There’s been a ton of hype for the 2021 class (and for good reason) but draft fans should also start to get to know the 2022 prospects, who are a special group as well.

Big news in the prep hoops world today as Duke continues their red-hot recruiting streak, landing 5-star big man Paolo Banchero. Paolo will likely be a one-and-done player for the Blue Devils and is currently projected as a top 5 pick in our 2022 mock draft. With Adrian Griffin Jr. already in the fold and other top prospects likely to follow, the Blue Devils will once again have stacked freshman class heading into the 2021 college hoops season.

Another recent announcement came from 5-star point guard Kennedy Chandler who decided to stay home, joining the Tennessee Volunteers. Chandler is a true lead guard, a winner and an exceptionally high level athlete who has a bright NBA future. The Vols have two possible one-and-done players this year in Jaden Springer and Keon Johnson but it’s possible that one (or both) could stay for a second season, making Tennessee a powerhouse.

Baylor scored a big win earlier this month with the commitment of Kendall Brown, a sensational open court athlete and underrated prospect who has all the makings of an NBA wing. Brown is joined by Langston Love in the 2021 recruiting class, as the Bears continue to stack up recruiting wins.

UCLA scored a much needed win with the commitment of elite athlete and local product Payton Watson. Watson has Derrick Jones Jr. type of above the rim ability and is dripping with upside potential. Don’t be surprised if he’s a one and done draft pick with the potential to go first round in 2022.

Huge recruiting news today as elite prospect Emoni Bates announced his commitment to Michigan State. Depending on the NBA rule changes Emoni could have the option of jumping straight to the League, or he could eventually decide to take the G League route but for now there’s cause to celebrate for the Spartans. If he does end up suiting up for coach Izzo and the Spartans they will be the greatest show in college basketball. But for now Emoni has a junior season and then a senior season of high school ball to complete before taking his next step.

The NBA seems to be targeting the 2022 draft as the first year where high school seniors can jump straight to the league. This would be a welcomed change and would help solve some of the problems with NCAA athletes not being allowed to receive financial benefits, and would be great for draft fans getting to see the most elite players go straight to the draft.

Superstar Emoni Bates seems like a lock to take advantage of the new rule and could even be the no.1 overall selection in the draft. Jalen Duran, who recently transferred to Montverde, is another name to watch as a possible prep to pros candidate. And if the past tells us anything there could be a dozen or more top high schoolers who attempt to jump straight to the league.