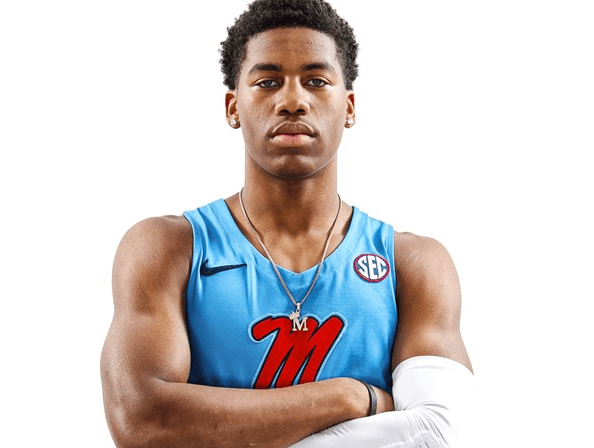 This is a great incoming freshman class and you all know the top guys. The top of our 2021 mock draft is loaded with one and done players who are quickly becoming household names.

But there are also a lot of future NBA players in this freshman class who are flying under the radar, at least in terms of mocks and media attention, but will burst onto the college scene later next month and make everybody take notice.

Marcus is the younger brother of Marvin Bagley and so he’s somewhat of a household name but his game gets overlooked. A small forward with awesome athleticism, Marcus is built different than his brother, playing more on the perimeter and flashing NBA level 3&D skills. Three point shooting will be his swing skill – and if he’s able to refine his outside shot and consistently hit the open 3 then he’ll have a bright NBA future. We currently view him as a late first to early second round player either in 2021 but more likely in 2022. Fellow incoming freshman Josh Christopher will get more media attention (and well deserved) but Marcus is a big time pro prospect in his own right.

Murrell will be one of the most exciting three point shooters in college ball from the time he first steps onto the court. He’s got a quick release, shoots with a ton of confidence and gets streaky-hot from downtown. He might be the most underrated prospect in the 2020 recruiting class so look for him to put up big numbers early in his career at Ole Miss. We currently project him as a 2-3 year college player who will make a name for himself and start getting a lot of attention from NBA scouts – and it wouldn’t be a surprise to see him get some 2021 draft buzz as well. He’s got a game that’s well suited for the modern NBA, along the lines of Kendrick Nunn or Cat Mobley. Three point shooting isn’t going out of style any time soon and Murrell can provide the skill that every NBA team is looking for.

Of course Cade Cunningham gets all the attention but he’s joined in this incoming class by Moncrieffe who has the makings of an NBA frame with broad shoulders good length, excellent burst and an emerging game. What he lacks in polish he makes up for with hard work and a lot of natural ability. Playing next to Cade should get him a lot of open looks, not to mention a lot of looks from NBA scouts. Moncrieffe isn’t likely to be a one and done like Cade but he’s a prospect to keep an eye on for the 2022 or 2023 NBA drafts.

Jackson is a bouncy wing who is a showtime dunker and who can bring down the house with his finishing ability. He’s got a ton of strength to go along with insane hops and he’s quickly becoming a complete wing with ball handling, passing and the makings of an outside shot. NBA scouts will be watching the Huskies closely to see James Bouknight but they might find themselves distracted by the high flying Jackson, who currently projects as a 2022 or 2023 draft pick.

The sweet shooting Strawther might have trouble getting minutes early this season for a loaded Gonzaga team but he’ll be waiting in the wings and ready to let his game shine when called upon, either later this season or next. He’s a scoring forward in the mold of Jarvis Hayes or Xavier Henry, with an excellent mid range game and a knack for finding his shot.

The Lithuanian import is a special talent with an advanced skill level and feel for the game who could take the conference by storm this season. The big lefty is a versatile player who surprises with his open court ability and play-making skills. He’ll have to improve his vertical explosion and become more of a rim protector to reach his peak potential but even without these traits he’s a likely future NBA player who could surprise to the upside.

While some of these players might be ready in time for the 2021 draft it’s more likely that we’ll hear their names called in either 2022 or 2023. But it’s time to start getting familiar with their games and buy some stock early.

Cam’Ron is another player who could be buried on the bench early in his college career but that doesn’t mean that the upside isn’t there. He comes to Kentucky with NBA level athleticism and a nice all around game. The question this year is: can he take some minutes from Keion Brooks and the other forwards and get into rhythm or will he have to wait to burst onto the scene the following season? Cam’Ron has to continue to develop his shot creation and passing instincts but the NBA tools are all there.