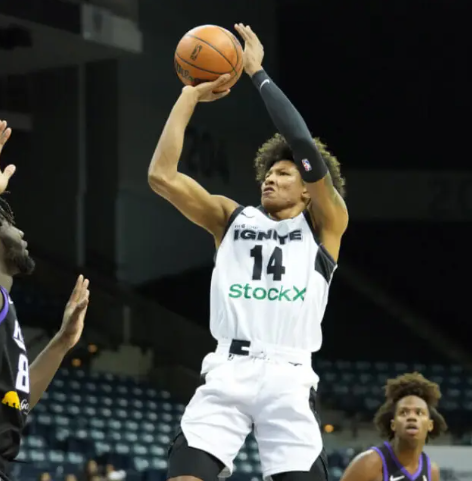 Every year the NBA invites the top prospects in the draft to sit in the “Green Room” on draft night, where we get to watch them nervously wait for the commissioner to call their name – and then cry, hug family and walk onto the draft stage to meet the commish.

This list of Green Room invites can also give us clues as to what NBA teams are thinking, since the NBA league office will be fairly well informed about how NBA teams value these prospects.

There are no major surprises on this list below but it does confirm a few things. For instance seeing MarJon Beauchamp’s name on the list confirms that he’s a likely first round pick. And it’s interesting that his Ignite teammate Jaden Hardy is not on the list ((which makes me think I should adjust my mock…)

The rest of the list just seems obvious and very much in line with consensus rankings.

We may get some last minute invites but for now, with just under a week to go until the draft, the Green Room invites are: