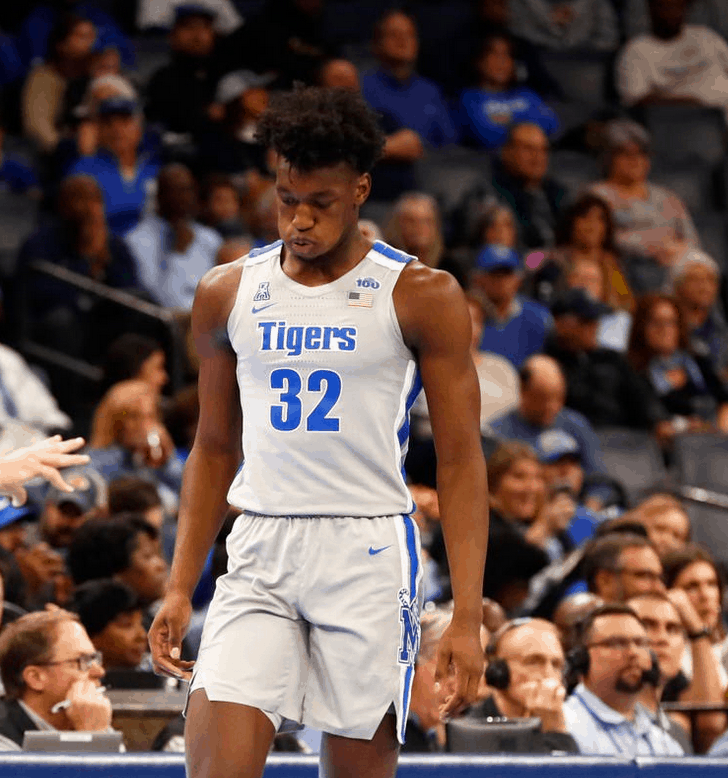 NBA Draft Room has had Wiseman at no.1 all year but I see things differently

My opinion is, bluntly, that true centers should never be picked 1st overall. In today’s NBA, the risk/reward payoff for investing such a price on big men simply isn’t there.

While Wiseman does carry a lot of potential due to his combination of impressive skill and gaudy size and length, I don’t see him as a top-five selection in this year’s draft. This mostly comes down to three reasons: his bust potential, the lack of fits for him, and the movement away from players of his kind in today’s NBA.

Every draft pick comes with risks and unknowns, big men in particular, but Wiseman really does come with enormous bust potential. As many have identified before me, he played one major conference game in college during his unfortunate stint at Memphis, so whoever drafts him is essentially drafting a high schooler. Wiseman’s package of size and skill is undeniable, but we really don’t know if he can use it effectively against proper competition because he’s really never played any. As Mike spoke on in his piece in January, bigs really don’t get to develop much in high school due to A: the guard-dominant nature of the high school game, and B: the fact that there just aren’t many teenage ballers in the country that are that tall or pose a real defensive challenge. We just don’t know what Wiseman can do against NBA or even college-level competition, and teams are really drafting his tools, rather than a player at this point.

Additionally, Wiseman carries some of the red flags that many other busted centers carried into the league: poor shot selection, undisciplined defense, inability to make advanced reads, etc. It really isn’t until the NBA level that these physical phenoms face real competition on a nightly basis, and some guys just don’t ever learn these nuances and sand off their rough edges. I’m not sure Wiseman has it in him to be the type of player the game runs through.

I’m a strong advocate for teams drafting in the top 5 to be going best player available rather than need (if you’re picking top 5 you most likely need a bit of roster reconstruction anyway). However, due to the somewhat bizarre makeup of this year’s board, I really don’t see many teams that Wiseman fits on. Let’s go through the list of best lottery odds.

Golden State: The Warriors are clearly in a unique position at the top of the lottery despite trying to contend next season. I feel they should be drafting for fit given the circumstance, but even if they go best player available and think it’s Wiseman, he really does not mesh with their roster. Ironically, the Warriors now find themselves rather light on outside shooting, and a lineup of Steph, Klay, Wiggins, Draymond, and Wiseman would have some serious spacing issues, particularly as Wiseman adjusts from high school to the pro game and learns how to properly position himself inside. Additionally, Wiseman has shown at times to be a relatively low-IQ player, per the previous section, and while one could argue being a part of the Warriors’ culture and strategic prowess could help him learn, I feel it would be an overwhelming transition for him into their fire-powered offense, and slow down a team that will be trying to compete for titles in the next couple years before their stars get old.

Cleveland: Cleveland is a mess, and frankly I’m not sure any player on their roster should be considered cornerstones. However, if they are committed to the core they’ve built, Wiseman would essentially mark their 3rd consecutive year selecting a relatively low-IQ player who doesn’t distribute. Who runs the offense on that team? How do you develop a winning culture with a bunch of core guys who don’t like to pass? They also did just trade for Andre Drummond, but he may be out the door soon.

Minnesota: The Timberwolves are holding onto KAT for dear life, and there is simply no way those two can share the floor. If the Wolves draft Wiseman, they’re surrendering on keeping Towns.

Atlanta: This one could work, but the Hawks also did just give up a first round pick for Clint Capela, a player who certainly could not share the floor with Wiseman. The Hawks could decide to cut bait and flip Capela in the event they take Wiseman, but it seems bizarre a team would trade a first round pick for a guy and then get rid of him before he steps on the court for them.

Detroit: The Pistons have no indispensable franchise players. There are no wrong answers, and Wiseman would be a decent choice for them.

New York: Same goes for the Knicks, but with that roster as currently constructed, Wiseman’s transition into the league would be an utter nightmare from a roster standpoint. Still, teams with a cupboard this bare shouldn’t think like that.

3. The Myth of the “Franchise Center”

The biggest reason why I feel Wiseman isn’t a big-time prospect is that pure centers simply aren’t very valuable anymore. As everyone knows, this is a league dominated by versatile guards and wings, and the makeup of the title contenders around the league reflects that. Even in instances when highly touted center prospects did pan out, they haven’t found much team success. KAT is an all-star, but he’s played in one playoff series in five years, where the Wolves were bounced in 5 by the Rockets, and Towns was dominated by Clint Capela. Joel Embiid is a star, but the Sixers have time and again run into problems fitting pieces around him, and in his deepest playoff run (last season), Jimmy Butler was the real leader in crunch time.

Perhaps the most frustrating result for a team drafting a center is for them to turn into the borderline all-star type (which to me looks like the reasonable ceiling expectation for Wiseman). Guys like Rudy Gobert, Andre Drummond, Myles Turner, and Nikola Vucevic are all good players, but they’re good enough to command $20 million+ annual salaries, and most teams paying their centers that much money just don’t have enough left in the well to fill out a truly competitive roster. Gobert and Drummond are often not even on the floor in crunch time, to add insult to injury (granted, Wiseman looks to develop into a better shooter than these two, but the point stands). Teams are, with rare exception, better served spending their money and draft capital on wings and guards and finding cheaper, limited options to patrol the paint.

The term “franchise center” is a relic of an era long gone. You have to go back ten years to find a conference finalist built around a center (Dwight Howard and the Orlando Magic in 2010), and eight years further to find a champion (Shaq and the Lakers in 2002—about five eras ago). Teams today just aren’t built around big men, particularly big men that don’t pass well, which is why Jokic and the Nuggets are the exception, not the rule. Playoffs teams in 2020 can be built around the 5, but true title contenders cannot.

This year’s draft is notably devoid of can’t-miss star prospects, and Wiseman arguably brings the highest ceiling on the board. He comes into the league with some impressive skills at his size, and is by all accounts a smart and dedicated kid. Could he prove me wrong and become a star? Absolutely. But even if he does, recent NBA history tells us that, for whoever drafts him, that may not be a great outcome either. All-star centers have often become GMs’ golden handcuffs.