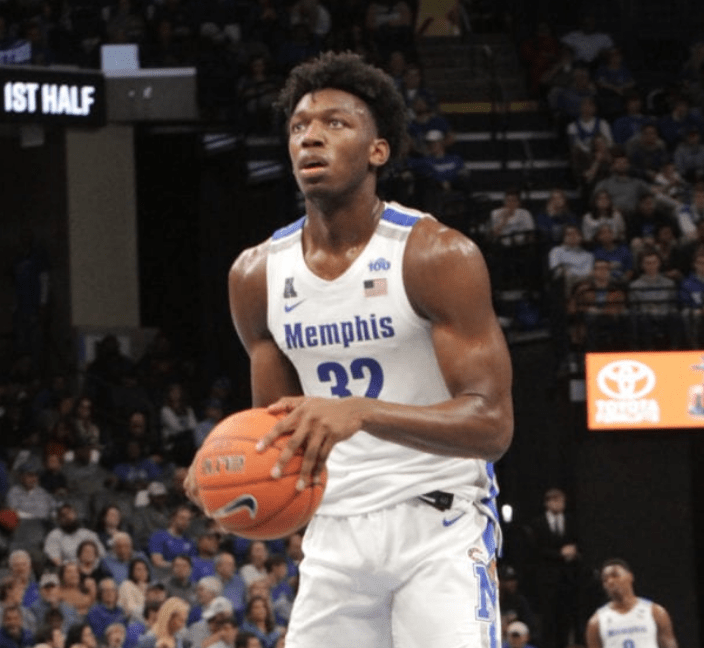 In the past few weeks draft fans have witnessed James Wiseman fall on Internet draft boards, with many scouts and pundits ranking him outside of the top 5 and even outside of the top 10 prospects for the 2020 draft. Is this just a case of “out of sight out of mind” or are scouts around the web really not seeing what I’m seeing?

I’m here to make the case that not only is James Wiseman the best prospect in the draft but that we’ve never before seen so little respect for a player who should be a consensus top 3 projection.

The case for James Wiseman starts with his obviously elite physical profile. But he not only has great size and length at 7-1 with a 7-4 1/2 wingspan but he moves like a small forward, showing quick twitch, change of direction and the type of coordination seen in NBA wings. These physical attributes alone make him a potential top 5 pick but there’s so much more to like about Wiseman than just his size and agility.

It’s well known that centers generally take longer to develop than guards. Some of this has to do with the process of growing into their bigger frames and gaining strength and coordination after big growth spurts. And it’s also a product of the way the game is played at the lower levels of play, with guards dominating the ball, leaving the big men to clean the glass and play defense. But at just 18 years old (19 by draft day) James Wiseman already has an advanced skill level, showing good footwork in the paint, an un-guardable turn-around jumper and flashes of open court ball-handling ability. He can face-up and take the ball to the hoop or let it fly from outside. He’s certain to develop a good (if not great) outside shot over the years, and maybe sooner than later.

Now just imagine this 7-1 athlete flying down the court, doing his best Giannis impression with the long dribble and the easy dunk off the euro step. Imagine how un-guardable he’ll be shooting from deep with NBA spacing. And we haven’t even talked about his best attributes: crashing the offensive glass and defending the rim on defense.

As far as comparisons go I think Wiseman is a step below where Anthony Davis was as a college prospect. He’s bigger than Davis but with a bit less finesse and polish and not quite as good timing defensively. He’s got that freaky Mitchell Robinson-esque athleticism but with better strength and a much more advanced game than Robinson (think bigger Chris Bosh).

We’ve seen plenty of debate in the past about NBA prospects with a wide discrepancy of opinions but I can’t remember a time when a player stood out so clearly to me as a top 3 prospect but got so little love from fellow draftniks and pundits. If this was a stacked draft class like 2018 I could see Wiseman not getting all the love but in this less than stellar group…. come on man!

We only got to see James Wiseman play 3 college games and his last game against Oregon was a bit of a dud, with foul trouble slowing him down. If he was playing a full college season he’d be making plays every week that would make our jaws drop – and make all scouts into believers. For those who remember seeing Anthony Davis at Kentucky, it was clear from the beginning of the season that he was really good. But as the season went along he started to find his rhythm and take his game to the next level, showing us just how special he was. I believe Wiseman would have been on that same trajectory and could have played his way to consensus no.1 overall status if he’d played a full freshman year. But thanks to the impeccable morality (cough) of the NCAA and Wiseman’s decision to sign with an agent we’ll be left to wonder what could have been.

Wiseman isn’t a perfect prospect, none of them are. He relies too much on his left hand, he sometimes lacks intensity and he needs to add to his lower body strength and develop a more solid base. But you can be sure he’s working behind the scenes as we speak and will reemerge from his hiatus stronger, more polished on offense and with a big ol’ chip on his shoulder.

Putting this take out there, that Wiseman is the greatest thing since sliced bread is a bit risky. Big men often bust in the NBA. A quick look at NBA draft history will show you that time after time the tall, high-upside intriguing center flops when he gets to the League. But some of them succeed. And some become stars.

Wiseman will have plenty of opportunity to prove his worth before draft day. We can be sure that as draft workout season gets into full swing we’ll see tantalizing video clips of a 7-1 stud looking more chiseled and explosive than ever, shooting it from deep and showing out in the pre-draft workouts. Until then the low rankings from Internet scouts will probably continue but I doubt most NBA scouts have dropped him out of the top 5 – and he’ll stay at no.1 in our mock draft.

Here’s a refresher from Wiseman’s brief stint at Memphis: