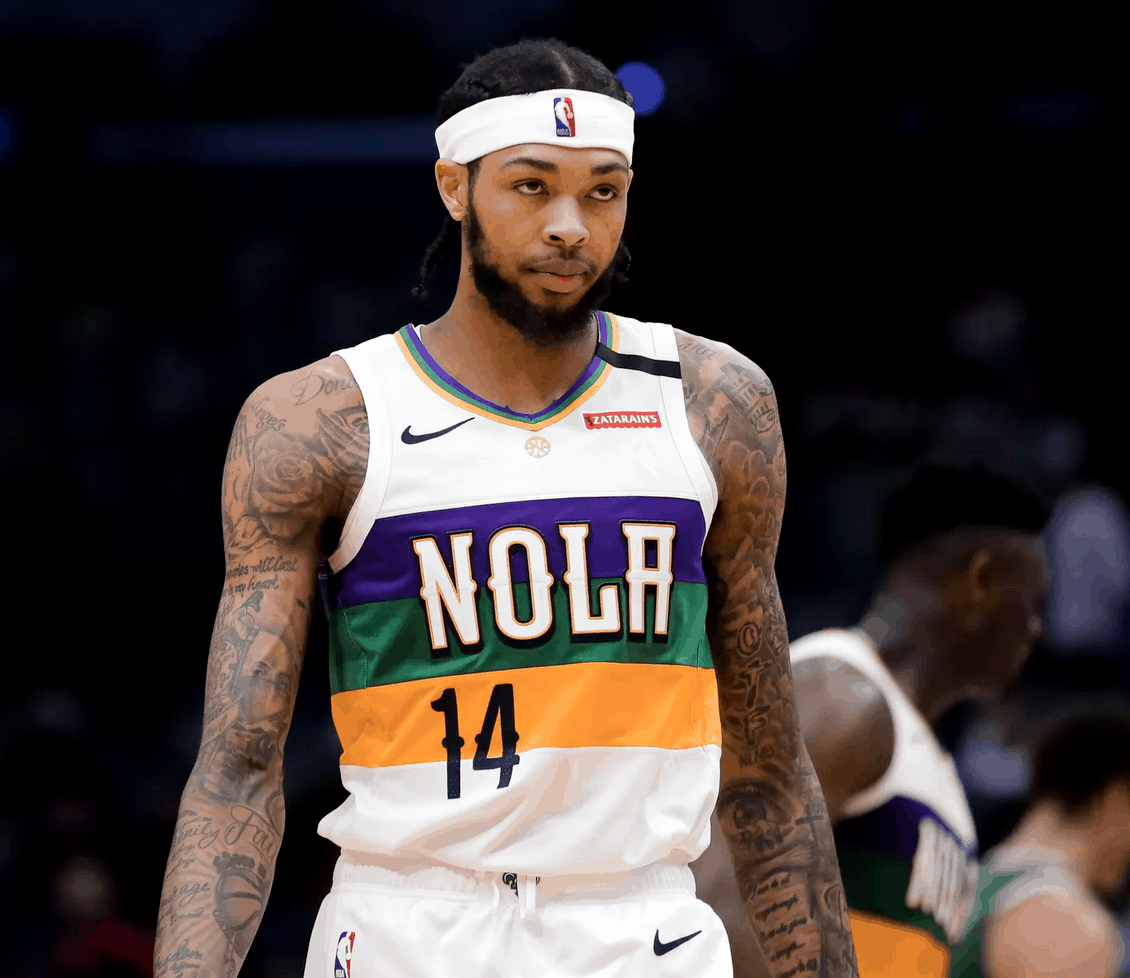 Despite an exciting late-season surge from LeBron, this award has belonged to Giannis from the jump. He

was the clear best player on the clear best team from start to abrupt finish, averaging an absolutely gaudy 30/14/6 line on 55/31/63 splits for a Bucks team that was 53-12 at season’s suspension. While some may argue in LeBron’s favor that Giannis is surrounded by a superior roster and therefore does not get as much defensive attention, Giannis has certainty taken advantage of the resources at his disposal, taking his game to new heights as a distributor and perimeter threat. He is the engine that powers the absolutely dominant force that is the Bucks, and if he needed one more bullet point to edge out the King, he has blossomed into arguably the best all-around defender in the sport. Congrats to the Greek Freak, who at just 25 becomes the 14th player in history to take home multiple MVP awards. He also joins Jordan and Olajuwon as the only players in history to take home this and the following major award in the same season…

He’s always had the tools, and this season Giannis finally put it all together and became the absolute standard at the defensive end. He can guard every position, is a menace in the passing lanes, can use his absurd length to challenge in the post; he’s got it all. He’s also 4th in defensive win shares, 12th in defensive rating, and has the Bucks leading in defensive field goal %, defensive rating, defensive efficiency; you name it. There simply isn’t much the man doesn’t do at an elite level, and he’s 25 years old. Good luck, Eastern Conference.

Rookie of the Year: Ja Morant

Zion just hasn’t played enough games to warrant real consideration, and no one else really makes a compelling case against the star point guard out of Murray State. Ja has exploded onto the scene this season, averaging 17, 7, and 4 and leading a young Grizzlies team to a playoff spot in the gauntlet that is the Western Conference. With the tandem of he and Jaren Jackson Jr., the Grizz have an exciting future ahead of them.

Coach of the Year: Nick Nurse

Despite losing their clear best player in Kawhi Leonard, Nurse has the Raptors sitting at the 2 seed at 46-18 at season’s suspension. The team plays with remarkable chemistry, toughness, and confidence—all a testament to Nurse’s leadership.

It was a close call between him and Adebayo, but the improvement not only in Ingram’s statistical output

but also his on-court presence is what put him over the top for me. Coming off a murky and drama-filled season in LeBron’s first year in LA that ended with the big trade to New Orleans, Ingram immediately established himself with his new franchise by becoming the team’s go-to scorer for the duration of the season—even with the return of Zion. His scoring average jumped from 18 to 24, his 3-point percentage increased from 33 to 39, and most importantly, he just looked more confident and assertive in big moments than he ever did with the Lakers. The player we all thought Ingram could be has finally arrived, and he makes up a major part of the young Pelicans core with loads of potential.

In his best season yet as a pro, Schröder became an integral part of one of the league’s most surprising teams as the 6th man for OKC. Coming off the bench and completing that peculiar three point guard lineup that the Thunder like to run, Dennis averaged 19 ppg on a career high 47% from the field. It’s been an all-around great season for the German speedster, who now gets a trophy to show for it.

As a bonus, an award I created myself. While this is an award, it is no congratulatory distinction. The Jae Crowder Award recognizes a player who had previously been viewed as underrated, and subsequently had so much praise heaped upon him that he in turn became vastly overrated (as Jae Crowder did a few years ago), and in this case ended up getting absurdly overpaid. It is not uncommon for players to be shipped to contending teams and have their games marginalized and therefore become less effective. However, Tobias Harris simply has not turned in the type of performance to mandate his 5 year, 180 million (!!!!) dollar extension he inked last summer with Philly. To be clear, Harris is by no means a bad NBA player. He’s a borderline 20 ppg scorer who has a versatile offensive skill-set and can put the ball in the bucket in a variety of ways. But as Harris continued to be mentioned among the game’s most underrated players during his time with the Clippers, his reputation simply exceeded the impact he has, and he now finds himself as possibly the most overpaid player in the game. This “award” is a small price to pay for his new megadeal. Enjoy the bag, big man.

Not a whole lot of explanation needed here, these were all relatively easy choices, and have stood out as the elite members of each position group. Bravo, gentlemen.

Here’s where things got more interesting. There were a group of 6 guards I was considering for the 4 spots left on the two teams: Russ, Dame, Chris Paul, Jimmy Butler, Bradley Beal, and Kyle Lowry. When it comes to Russ, what gave him the edge for one of the spots was just the tremendous impact he has had on the Rockets franchise as a whole. The fit seemed awkward and greatly flawed at the season’s beginning, and he was putting up some ugly numbers for a Rockets team that wasn’t meeting expectations. However, when he began to play his game and assert himself, this team really took shape and began to surge, leading them to go almost comically all-in on small ball and trade away their only big in the rotation.

Despite his lack of team success, it was a ridiculous season for Dame, who has averaged 29/8/4 on some incredible 46/39/89 splits. He has carried a badly undermanned Blazers squad to remain competitive, and is simply one of the few best guards in the league.

Another terrific season for Kawhi, who just couldn’t edge out any of the three forwards ahead of him, who have played more games and seen more team success.

Pascal Siakam absolutely took flight this season, going from a much-improved 2nd option to the undisputed leader of a still highly competitive Raptors team. He earned his first all-star nod, and continues to improve at a torrid pace.

Business as usual for the best true center in the game, Nikola Jokić shook off a slow start to lead the Nuggets to a 43-22 record while putting up 20/10/7 numbers and remaining the best passing big in the league.

CP3 edges out Lowry and Beal for the 1st spot on the 3rd team, he’s been the emotional leader of an OKC

squad that has shocked everyone and earned the 5th seed in the west. Despite widespread opinion that they were headed for a rebuild, the Thunder have actually won a higher percentage of games this season than last.

Jimmy Butler gets the 2nd guard slot; he’s been the engine for another pleasant surprise: the Miami Heat. Despite some pedestrian shooting numbers, Jimmy has played big in big moments, and has the Heat in the 3rd seed.

Khris Middleton has done his usual excellent work while remaining largely under the radar. He’s averaged 21 a game and once again cracked 50/40/90 splits if you round up. It’s about time he gets the recognition he deserves.

Jayson Tatum has taken his game to new heights, finally ascending to the superstardom everyone thought he was capable of. He’s the leader of a Celtics team that’s a real threat in the eastern conference, and is only getting better.

Bam Adebayo has been one of the surprises of the season, and a contender for most improved, as he’s totally broken out and become the 2nd leading scorer for this upstart Heat squad. Plenty more accolades in this guy’s future, I have a feeling.