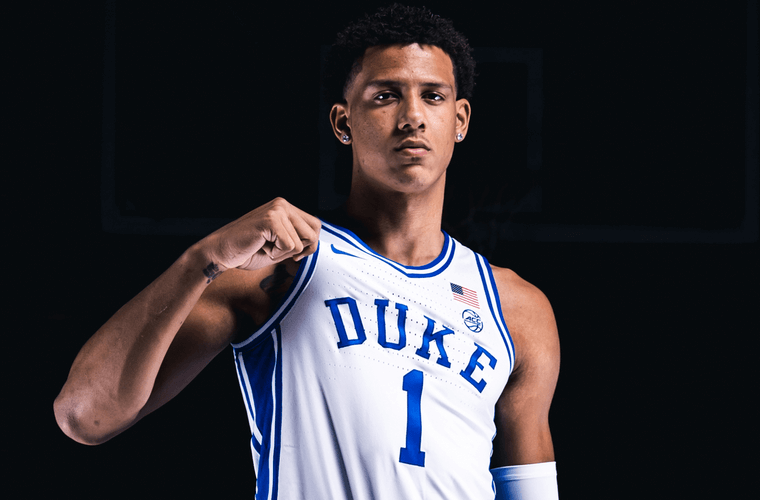 The 2021 NBA draft class has been hyped as one of the most loaded, talented and tantalizing draft classes of the past decade and one of the strongest positions in this loaded class is the small forward/big wing position. Here are some quick thoughts on the top small forwards in the class with their projected draft ranges.

For the sake of this article we’ll keep Cade Cunningham listed as a point guard, although he can play on the wing as well and will likely spend a good amount of time on the wing in the NBA.

Jonathan Kuminga – 6-8 – G League Ignite (Congo)
Kuminga had an up and down stint in the G League. He’s showed off a bit more polish on the offensive end than we anticipated but his outside shooting is still a work in progress. He’s got all the physical tools to be a big time player in the league and at this point he’s projected as the first small forward off the board and a likely top 5 pick – but it’s not a lock. It’s rare to find a player his size who has the type of quick-twitch athleticism he has. And he’s already got a grown man’s frame and will be able to handle the size and speed of the NBA game from day one. If his shooting pans out he’ll be a major problem in the league. Kuminga is a score first type of player who can get buckets from anywhere. He’s adept and using his big frame to score in the lane against opposing wings and he’s got an array of mid range moves to find his shot. The 3 ball is the one missing piece but he’s got a promising looking shot and there’s every reason to believe he’ll steadily improve in this area.

Scottie Barnes – 6-9 – Florida State
Barnes hasn’t gotten nearly as much hype as Kuminga but in my opinion he’s in the same tier and it wouldn’t surprise me to see him crack the top 5 on draft day. Barnes is a point forward with an elite feel for the game who can make plays off the bounce, find open teammates and orchestrate the offense. He’s a big, strong, 227lb player with a huge wingspan who can impose his will in the lane, is a great rebounder, versatile defender and all around monster on the court. His shooting is his one weak spot and at this point he’s not much of a threat from 3pt land and is a poor FT shooter. But given his age and work ethic I’m confident he’ll show big improvements with his shot. Barnes has a massive impact on the game, even if it doesn’t always show up in the stat sheet. It’s hard to find an ideal comparison for him; his passing and ball skills remind a bit of much stronger Nicolas Batum (minus the 3pt shot) and he even flashes some (poor man’s) Magic Johnson type of skills.

Ziaire Williams – 6-8 – Stanford
Ziaire came into the season mocked in the top 7 of our mock and has mostly held his ground, currently sitting at no.11 on the board. He showed some of the same flashes he showed in high school – the ability to handle the ball and create his own offense on the perimeter and from mid range and be a disruptive force in the passing lanes on D. He’s a long and wiry athlete who needs to fill out and needs to improve his ability to finish through contact and score at the rim. He’s a tier below Kuminga and Barnes but still projects as a likely lottery to mid first round pick who has a bright NBA future. His sweet 3pt shot and defensive upside should keep in the league for a long time, even if his slashing ability doesn’t pan out. Expect Zaire to be drafted in the 8-16 range.

Jalen Johnson – 6-8 – Duke
Johnson is a polarizing prospect who has elite physical tools, had some big games at Duke but struggles to hit the outside shot and has some little red flags popping up. He left the Duke program with just a few weeks left in the season, which doesn’t help the story-line. NBA teams will do their homework and in the end his special talents could win out over some of the other concerns. Johnson has a unique skill-set. He handles the ball really well for a player his size, has passing upside, is a great rebounder who can play the 3 or 4 and he’s a great open court athlete. He’s got a wide draft range and could go anywhere from 6-16. He’s currently mocked no.12 in our mock.

Corey Kispert – 6-7 – Gonzaga
Finally a non-freshman makes the list. Kispert is a truly elite 3pt shooter who really hunts his shot, has a quick release, deep range and deadly accuracy. He’s improved tremendously over the years and is a much more complete player now and should be ready to contribute to an NBA team from day one. He’s an improved slasher and finisher and has added a lot of strength, which helps him out on both ends of the floor. His game is similar to Nets sharpshooter Joe Harris, which has a lot of value in today’s NBA. Look for Kispert to go in the mid to late lottery.

Franz Wagner – 6-9 – Michigan (Germany)
Franz has made a big move up draft boards this season and is widely considered a first round pick. He’s a mobile and highly skilled 6-9 sophomore forward with good court vision, passing and BBIQ. He’s a fluid athlete, although not the most explosive and he’s a deadly 3pt shooter. He reminds me of a poor man’s Mike Dunleavy Jr. and has a very modern NBA skill-set. He’s probably more of a role player at the next level but has starter potential. Franz has some lottery buzz but we have him a little lower in the mid to late first round range.

Brandon Boston Jr. – 6-7 – Kentucky
Bandon has had a tough freshman season at Kentucky but has persevered through it all and shown a lot of fight, determination and now it looks like he’s starting to find his rhythm. The SG/SF came in as a much hyped player and was a projected top 10 pick but has moved down the board, although he still has first round potential. He’s likely to need some more seasoning before being NBA ready and so (if he declares for the draft) he’ll likely see a lot of G League minutes next season. Still, the upside is there and it could pay off for a team that’s willing to be patient and develop his talent. His shooting has been off this season but still holds a lot of promise. He needs to improve his handle and ability to score in the lane and get that 3 ball to start falling but he’s got the natural talent and work ethic to succeed. He just might need a little more time than we first expected.

Keyontae Johnson – 6-5 – Florida
If Keyontae is given a clean bill of health and is able to return to the court he’s a first round talent with top 20 upside. He’s one of the best two-way players in the draft and brings a lot to the table for NBA teams. He can guard 1-4, is a great rebounder and has grown into a highly productive offensive player. He can hit the open 3pt shot and is highly efficient with his touches. Fingers crossed hoping he’s healthy and able to show his talents on the NBA stage.