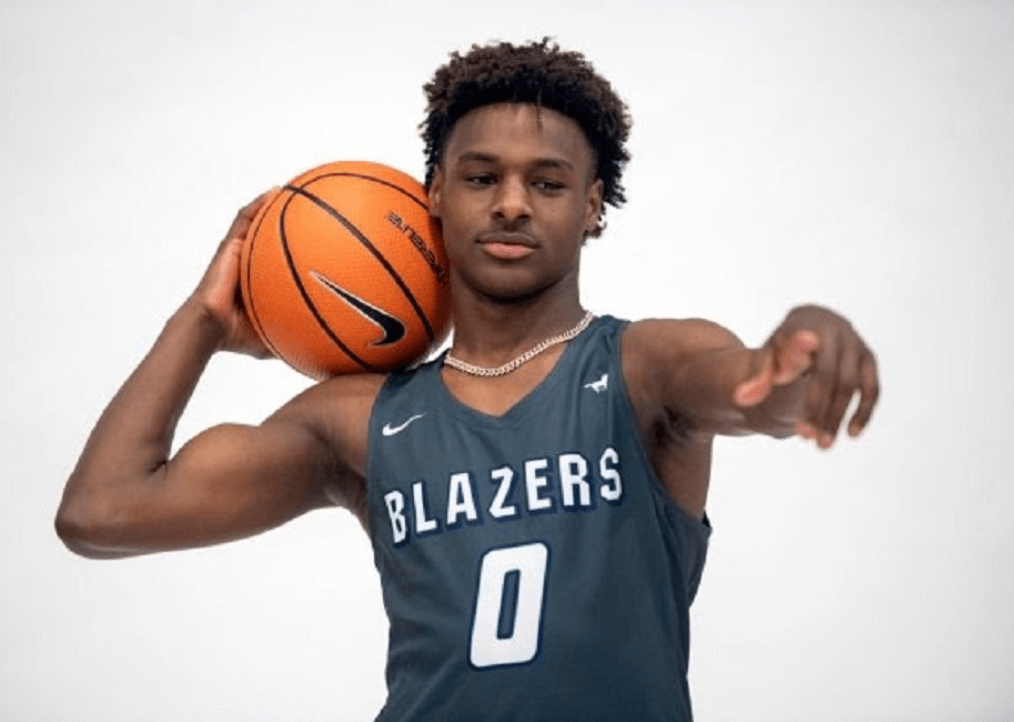 the basketball doesn’t fall far from the hoop

Prospects make it to the NBA from all walks of life, from all backgrounds and from all over the world; former swimmers from the Bahamas, former soccer players from Nigeria and kids who grew up in the inner cities or in the flat-lands of the Midwest. There is no clear path from the hoop dreams of childhood to NBA success but one of the greatest predictors of future NBA success is having a father who plays or played in the league.

And now a new generation of heirs to the thrown is currently rising up through the prep and college ranks. Bronny James gets most of the attention and for good reason. The eldest son of the greatest player of all time deserves to get a lot of buzz.

The possible no.1 overall pick in the 2022 draft, Jabari Smith Jr. is the son of a NBA baller too.

But instead of starting with the well-known Bronny and Jabari, let’s first take a look at one of the youngest prospects on this list, who is lesser known right now but will make a name for himself in the coming years:

Cameron Boozer – SF/PF – Miami, FL – HSfr. – Cameron is a 6-8 combo forward who is built in a very similar mold to his dad, Carlos. Just a freshman in high school Cameron projects as a future 5-star recruit and likely one of the best prospects in his class. He’s a smooth offensive talent who is developing a complete package of offensive skills including range out to 3. His twin brother Cayden is a big time player as well and one to watch out for. Cameron was listed on the Elite 10 freshman list I published in November.

21 more to go…Read the rest on Patreon