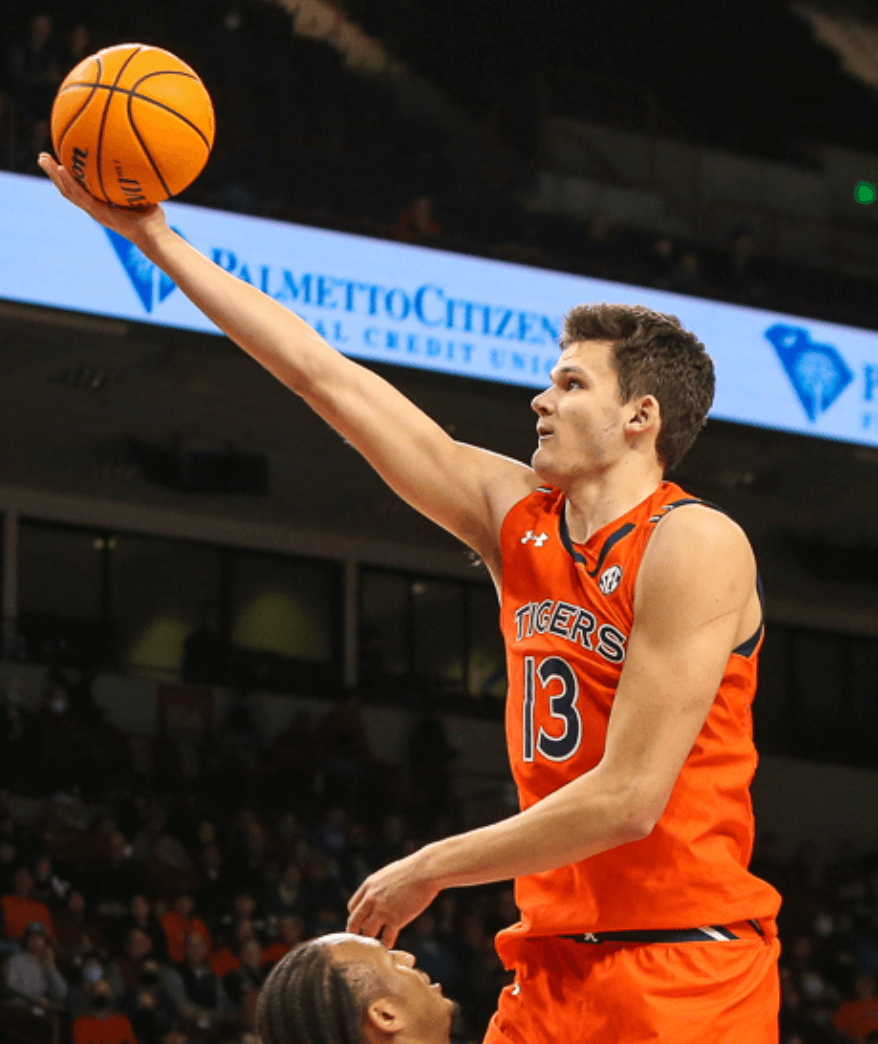 Back in mid august I wrote a post about the 2022 NBA Draft being the year of the big man. Even from that early vantage point it was clear that this draft would be stacked with power forwards and centers – and would be lite on guards. Now, six months later in the middle of the college basketball season, it’s time to revisit some of the assumptions made in August. Is 2022 still the year of the big man? What has shifted and which big man prospects have risen up the boards or fallen in the rankings?

In August I had Chet, Paolo and Jalen Duren as the top bigs in the class, all being projected as top 5 picks.

6 months later Chet Holmgren is still ranked right at the top of the draft with a legit change to go no.1 overall. After a somewhat pedestrian start where he was still finding his footing at the college level the 7-foot unicorn has turned it up to a new level and put on some dominating performances. He’s still a really tough evaluation, being that he’s such a unique prospect but it’s hard not to get excited about the variety of things he can do on the basketball court. In August I compared his skill-set to one Kevin Durant (still not saying he’s the next Kevin Durant) and that archetype looks even more accurate today. Chet’s ability to defend the rim on one end then bring the ball up and stroke a transition 3 is truly special. He’s got a beautiful jump shot and is insanely smooth…and he’s hitting an insane 46% from downtown so far this season.

Paolo Banchero has dropped off just a little. He might still go in the top 5 but in my opinion is no longer a no.1 overall contender. There’s even a chance he drops out of the top 5 if Shaedon Sharpe declares and some of the other guards continue to ascend. Paolo’s scoring package is awesome and he will certainly be a guy who gets buckets in the NBA. He’s also shown good passing vision and the ability to create offense for himself and for others. He’s got a developing but promising 3pt shot and will likely stretch the floor in the NBA. But he has his limitations as well, especially on the defensive end where he’s a below average rim protector and is merely adequate guarding in the post or out in space. He’s not a big wingspan guy and isn’t the most instinctive defender. Paolo is still a really good prospect but could be more of a possible All Star rather than a franchise altering talent.

For Jalen Duren it’s been an up and down season. He’s showed a lot of flashes and does a few things at a very high level, however he’s no longer considered a top 5 player in this draft and might not be in the top 10. Part of the story is the value (or lack thereof) of traditional centers. Duren is very young for this class and has a lot of upside but his skill set is something you can find later in the draft, especially in this class loaded with bigs. I’ve actually been very impressed with Duren’s passing ability and his quick decision making, which are very promising traits for a young center. Still, Duren projects as a later lottery pick who will take some time before he impacts the league -but could look like a steal a few years down the road if his development continues.

The biggest story of the 2022 draft class so far has been the rise of Jabari Smith Jr. Back in August I had Smith Jr. projected as a top 7-12 type prospect, which was clearly too low. My biggest mistake in evaluating him was seeing him as being a bit undersized and lacking the bulk to bang in the paint but the reality is he’s got a guard’s skill-set and such an advanced perimeter game that the lack of force in the paint is a non-factor. Jabari has had some sensational games and flashed elite ability. He just needs to work on being more consistent. He’s also a very versatile defender who does a great job of moving his feet to stay with guards and using his size on the perimeter. He’s not an elite post defender but doesn’t’ need to be. I’d be shocked if he falls out of the top 3 picks in this draft.

6-10 Serbian forward Nikola Jovíc moved into the top 10 in my mock after a spectacular FIBA U19’s this last summer. And he’s stayed there, despite some ups and downs in his play. Jovíc is an ideal fit in today’s NBA with his ability to handle the ball, create offense for others and hit the 3pt shot. Scouts seem to have a wide range of opinions about him, with some mocks having him late first or even in the second round, but count me in as a believer in his skills.

Rising up the draft board

In August I viewed Walker Kessler as a likely second rounder who might need an extra year to develop and end up in the 2023 draft. While there’s still a chance he stays in school his strong play now has him projected as a first rounder with lottery potential. He’s one of the best shot-blockers in college basketball, right up there with Chet, becoming an absolute force on the defensive end. He’s also a more polished offensive player than many of the other centers in this class; a capable 3pt shooter who will improve in time, plus good hands and a soft touch around the rim. Kessler isn’t a great athlete by NBA standards and that could hinder his ability to guard in space at the next level but he has value on both ends of the floor and looks to be deserving of a mid first round grade.

Zach Edey wasn’t in the first edition of this article written back in August (I projected him as a 2023 prospect) but the 7-4 giant has taken giant leaps in the rankings and could declare in 2022. I view him as a situational big at the next level who might not be an everyday starter but will be a valuable backup. He has an obvious impact in the paint on both ends of the floor but could get toasted on pick and rolls or when he’s forced to switch out and guard in space. At this point Edey’s stock sits just outside the first round.

Falling down the board

In August I had Yannick Nzosa projected as a top 10 pick with a chance to crack the top 5. Currently Nzosa is mocked in the early second round in my mock, while many mocks have him even lower. Since I first started scouting Nzosa I’ve seen him as a Clint Capela type of prospect, which is valuable but probably not deserving of a lottery pick. Capela took a few seasons of development in Houston before making an impact and I could imagine the same developmental path for Nzosa; he might not bring value to a team until his second contract.

Kentucky’s 6-9 pogo-stick Daimion Collins has been one of the biggest disappointments (from a 2022 draft perspective) of any of the players in this class. The physical ability he has is elite but he has a long ways to go in developing his feel for the game and adding bulk to his frame. His ranking in 2022 draft class has plummeted but that doesn’t mean he’s not still a high level prospect, it’s just going to take longer than anticipated. Coming from a very small town and small school to the bright lights of the University of Kentucky has been a big jump and a tough transition.  The expectations were clearly too high. But he’s in good hands and in a program with a track record of developing raw talent into NBA material. Watch for Collins to stay in school and take a big leap next season.

Another prospect with elite skills and ability but that will take longer than I expected is Washington State forward Mouhamed Gueye. In August I projected Gueye as a possible first round prospect in this class but it’s clear now that, despite the athletic ability and upside he’s a year or two away from being draft ready. He’s shown plenty of flashes this year, has been solid on the defensive end but his offensive game is a work in progress and his feel for the game is still catching up to his athletic ability. His upside is still sky high and I’m still bullish on him as a prospect…but for 2023 or possibly 2024, not 2022.

The long list of other bigs in this draft class have performed pretty much as expected.

Moussa Diabite hasn’t put up the number I expected but I’m still very high on him. I love his defensive versatility and his movement skills.

Kofi Cockburn has been his usual powerful self, dominating in the lane and putting up big numbers but with a skill-set that might not fully translate.

Duke center Mark Williams has been really solid and taken big steps this year but I still see him as a later first or second rounder, just based off of the value of bigs who don’t stretch the floor.

Mike Foster has been really good for the G League Ignite and has a very clear NBA skill-set. I’m higher on him than most, seeing him as a possible mid to late first rounder.

Hunter Dickinson has been really good for Michigan. He’s nearly unstoppable when he gets position in the paint and is a really skilled passer as well. His lack of mobility probably keeps him out of the first round and from being a regular starter at the next level.

Overall this group of power forwards and centers hasn’t disappointed. If anything they’ve played even better than my already high expectations.