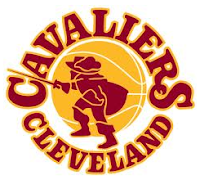 It is widely assumed that the Cleveland Cavaliers will select Duke point guard Kyrie Irving with the number one pick in next months draft. Irving is an elite level prospect and will likely be a perennial all star but is he the right pick at #1?

The other option for the Cavs is to select power forward Derrick Williams of Arizona.  Williams is an all world athlete who is just as explosive as Blake Griffin but might even be a better all around basketball player.  Williams looks like a sure thing while Irving comes in with a history of injury (toe injury caused him to miss much of last season) and lackluster measurements at the draft combine, including over 10% body fat.  I don’t think that Irving is a likely bust and he could end up being the best player in this draft but he is a more risky pick for the Cavs. 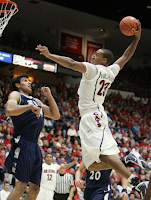 Of course the Cavs also hold the #4 pick in the draft and if they pick Williams at #1 they could cross their fingers and hope that point guard Brandon Knight falls to them at #4.  Another option at #4 would be Kemba Walker but I don’t think he warrants a top 5 pick.  Enes Kanter would be another option and if paired with Williams would give the Cavs one of the best young front courts in the league.  It would also free up JJ Hickson as trade bait.