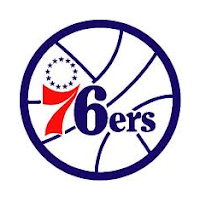 The Philadelphia 76ers hold the 16th pick in the June 23 draft and will be looking to add another piece to a  promising young team.  Last year the team drafted Evan Turner with the second pick in the draft. It was a tough year for the young guard but he still holds a world of promise and could be a breakout player in year two. At point guard the Sixers are set with young Jrue Holiday who is blossoming into a star.

What the Sixers need is a quality big man, either a power forward or a center to groom behind Elton Brand and to add depth to the front line.  The problem is that the best players available with the 16th pick will likely be either small forwards or guards.  The quality big men such as Markieff and Marcus Morris of Kansas and the trio of Europeans are projected to go in the top 12 to 14 picks of the draft. 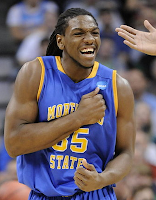 So what should the Sixers do?  Take the best player available, like Tyler Honeycutt who could replace Andre Iguodala who is likely to be traded, or should they reach for a power forward like Kenneth Faried (left) or Jordan Williams?  We’ll see how it all shakes out on draft day.  Maybe one of the higher rated players will fall.  Maybe there’s a draft day trade of Iguodala that lands the Sixers in the top ten or maybe they trade down.  If they stay put at 16 the brains behind the draft will have a dilemma on their hands.  Best player available or draft a position of need?