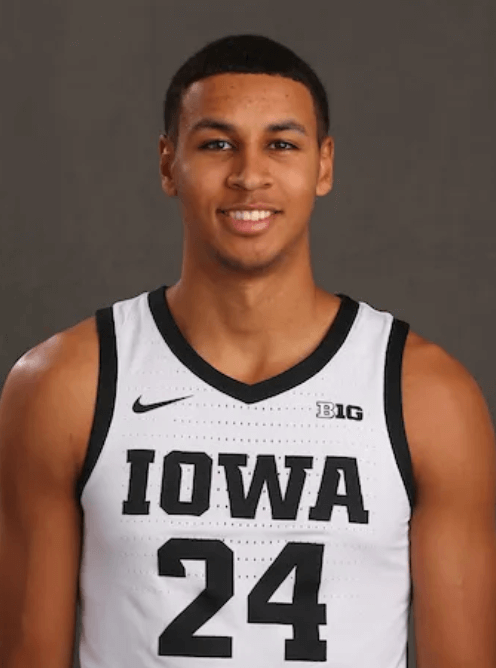 The NBA Draft is all about young talent with 18 and 19 year-old players dominating the lottery. But very often these high upside youngsters fail to develop and it’s the older, more polished, more NBA ready players that provide value in the draft.

Remember back to the 2019 draft night when Coby White went no.6 overall and then laughed out loud in an interview when he heard that his college teammate Cam Johnson was drafted no.11. It turns out that Johnson was the better draft pick, despite being much older with less perceived upside than White. Who’s laughing now?

The following year Desmond Bane was picked no.30 overall and has gone on to outplay almost all of the 29 guys drafted ahead of him. His massive success has NBA scouts looking for the next upperclassman who can step in and have a big immediate impact.

This trend, call it “the Desmond Bane effect”, could lead to more upperclassmen being selected in the first round as NBA teams pass on long-term developmental upside for a higher chance of hitting on a mid to late first round pick.

This year there are a number of talented juniors and seniors that could vault into the top 30 with the promise of bringing a more immediate impact to a NBA team. Here are a few players who are in the late first to mid second round range who could benefit from this trend.

Marcus Sasser – PG/SG – Houston – Sasser is special. He might be the best player in college basketball and looks to be in total control of the game whenever he’s on the floor. He might have been a late first rounder last year but after coming back for his senior season he’s in position to crack the top half of the first round and maybe even the lottery. He doesn’t have great size but is too much for defenders to handle and is a walking bucket, able to score in a variety of ways. So far his efficiency from the field and from 3 is down but once his shot starts falling more consistently watch out!

Kris Murray – PF – Iowa – There hasn’t been a more polished and efficient player in the country this year than Kris Murray who through 7 games (against mediocre competition) is shooting a whopping 51/40/85 and going for 21ppg and 10.6 boards. He might not be quite the level of a prospect as his twin brother Keegan but he’s looking like a lottery to mid first round talent who should be able to contribute early in his NBA career.

Jalen Wilson – SF – Kansas – Wilson looks like he’s in total control on the court, able to get to his spots, get his shots and be a steadying influence on the Jayhawks offense. He’s improved every year at Kansas and is positioning himself to be drafted in the 20-40 range. His outside shooting remains a weak area but shows enough promise and he’s got a really solid all around game.

Azuolas Tubelis – PF/C – Arizona – The 6-10 junior from Lithuania has an advanced feel on the offensive end, runs the court well and does a good job of finding teammates. The question for Tubelis is how he can hold up on the defensive end at the next level. He plays a modern offensive game, showing good passing instincts and excels in an up tempo game and is highly efficient. Tubelis looks like a late first to mid second round pick.

Baylor Scheierman – SG – Creighton – After transferring from South Dakota State Scheierman hasn’t skipped a beat and is playing lights out for the Creighton Bluejays. The sharp-shooting 6-6 wing has range for days and plays with a ton of confidence. He’s also a great rebounder for a wing. He’s got the type of shooting ability that could land him on a NBA roster as an offensive spark.

Julian Strawther – SF – Gonzaga – Strawther is a very solid role player who spaces the floor, keeps the ball moving and plays solid D. He’s not going to be a star in the NBA but has a chance for a long career as a 3&D player. The 6-7 junior projects in the late first to mid second round range.

Adama Sanogo – PF – UConn – Sanogo has taken his game to a new level in his junior season and is looking the part of a NBA player. He’s playing a super efficient game, hitting 61/44/82 to start the season and has developed an offensive skill-set that NBA teams will covet. The burly 6-9 forward from Mali looks really comfortable shooting the 3 ball and has great touch in the lane. He’s looking like a mid second round pick with some first round upside.

Terrence Shannon Jr. – SF – Illinois – The Texas Tech transfer is absolutely stuffing the stat sheet for Illinois and has regained his traction as a NBA draft prospect. Coming out of high school I thought Shannon Jr. was a potential one and done or two year player but he had an up and down 3 years at Tech before transferring back to his home state – where he’s looking super comfortable. Through his first 8 games he’s tearing it up to the tune of 20pts, 6.4rbs and 3.5 assists per game while hitting 48/39/75

Trayce Jackson-Davis – PF/C – Indiana – TJD is a throwback big who isn’t a great fit in the modern NBA but will be given a shot thanks to his aggressive rebounding and overall intensity. If he can expand his game he could land on a roster but might take a few more years of development before he’s ready.

Jaime Jacquez Jr. – SF – UCLA – JJJ projects as an immediate impact glue-guy at the next level. He’s a heady player who doesn’t need to score the ball to be effective. He can guard inside and out and has a versatile all around game. He’s not going to score at a high level but does all the dirty work and plays a valuable role.

Armando Bacot – C – North Carolina – Bacot is a burly center that lives in the paint and is an enforcer on the court. He’s a high level rebounder on both ends and a solid interior defender. He’s not guaranteed to be a draft pick and could have a more limited, situational role at the next level but there still might be a place for burly rebounding center on a NBA roster.

Second Round Sleepers – Off The Radar Upperclassmen Who Could Get Drafted