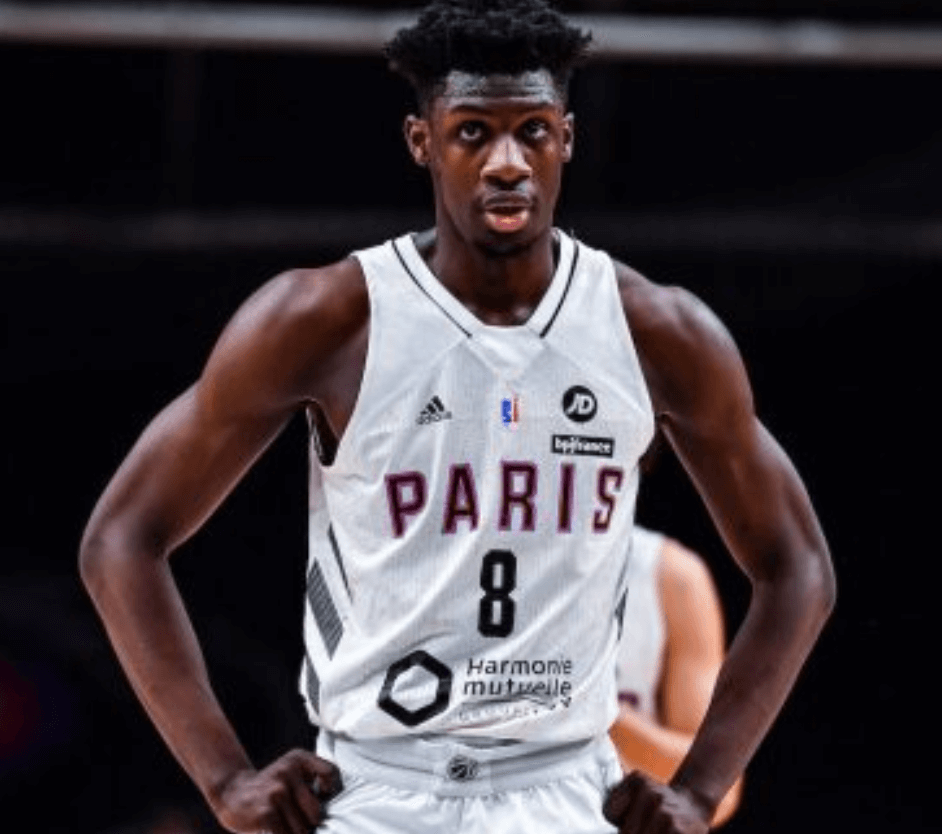 A year ago this group of international prospects (who we projected to be in the 2022 draft) seemed like a really strong group. One player (Yannick Nzosa) was even considered a possible top 5 pick.

But Yannick had a really tough season – as did many of the other top guys – and by February of this year the group went from being a possible strength of the draft to seeming like a major weakness.

Ousmane Dieng had a really bad start to his NBL season and fell from projected lottery to late first round. Nikola Jovic had risen into the top 10 on my board but then slide to the mid first round after some shaky play early in the season.

But then things started to shift. Dieng settled in and started to put up numbers and show big time flashes for the New Zealand Breakers. Nikola Jovic found his groove in the Adriatic League and a few new names started to emerge as potential 2022 draft prospects.

Now the group looks solid…but not great. There’s probably no Luka or Giannis in this class but there’s a few players with really intriguing upside. Overall the international players add some nice elements to this draft class. Yannick Nzosa never got his groove back but other players have stepped up to bolster the group, including French center Ismael Kamagate and Italian sharp-shooter Gabriele Procida.

It should also be pointed out that some of the top international-born players in this class are already playing in the U.S. and so don’t get listed here. This includes likely top ten pick Dyson Daniels along with many international players who played college ball this past season.

Note: Players have until June 13th (Monday) to withdraw from the draft so we could see a few names on this list opt out.

1 – Ousmane Dieng – SF – France – At one point in the season I had dropped Dieng to the second round of my mock. He just looked lost and overmatched in the NBL and it was hard to imagine him having an impact in the NBA any time soon. But over the course of the second half of the season he settled in and turned it on, holding his own in the NBL at just 18 years of age (19 on draft day).

There’s a lot to like about Dieng. At nearly 6-10 he’s got advanced handles and dribble-drive ability. He’s long and fluid and uses his length well. Shows flashes of big time passing ability off the dribble but is still pretty raw and figuring it out. The upside is there and his trajectory looks good.

2 – Nikola Jovic – SF/PF – Serbia – Jovic’s performance in last summers FIBA U19’s lifted him into the top 10 of most mocks, including this one. He fits the archetype of a modern jumbo wing that can dribble, pass and shoot. He sees the floor well and does a good job of finding teammates after collapsing the defense with the dribble. He’s a very capable 3pt shooter who can get his shot off the dribble – just needs to get more consistent hitting the open 3. This past year for Mega Mozzart he hit 35% from 3 and 75% from the FT line.

Nikola posted really solid measurements at last month’s draft combine coming in at 6-11 in shoes with a 7-0 ¼ wingspan. He’s a solid athlete but not elite and could be targeted on the defensive end, especially early in his NBA career. Jovic has a fairly wide draft range and could come off the board anywhere from late lottery to late first round.

3 – Gabriele Procida – SG/SF – Italy – Procida has a nice combination of size, shooting and athleticism. At 6-7 ¾ in shoes he’s got the size you look for on the wing. And he’s a true marksman with ideal shooting form and a quick release – Gabriele hit over 38% from 3pt land this past season for Fortitudo Bologna in the LBA, the top Italian league.

Procida is also an excellent athlete with good vertical pop and ability to play above the rim. He’s a highlight reel dunker who’s always a threat to throw it down (check out the video below). Procida’s draft range is about 25-40.

4 – Ismael Kamagate – C – France – Physically gifted with great NBA size, Kamagate might not be an instant impact player in the league but he’s got the tools to develop into a solid center a few years down the line. He projects as a rim-running big, a lob threat and a defensive intimidator who just needs to excel in his role to have a big impact on the game. He’s not likely to be a high scoring player or a floor spacer and that’s fine. I really like how quickly he gets off his feet and elevates effortlessly.

He can bring a lot of value to a team by doing all the little things and using his size and athleticism to make plays in the lane. Ismael has some first round potential but more than likely he’ll come off the board early to mid second round.

5 – Leonard Miller – SF – Canada – Miller has been one of the more interesting stories this draft cycle. The 6-10 Canadian wing has come out of nowhere over the past 12 months, eventually seeing his stock blow up at the Nike Hoops Summit this Spring. As a 5th year high school player he’s eligible for the draft (but could still withdraw by Monday’s deadline).

He projects as a player who will take a few years of development before being NBA ready but has elite tools and abilities and shows big time flashes. His understanding of the game, intensity level and adjusting to the pace of play need improvement and will take time but as a late first or second round pick he’s worth the gamble. 6-10 ball-handling forwards with his level of natural talent and athleticism don’t grow on trees.

6 – Hugo Besson – PG/SG – France – Hugo is a speedy 6-5 combo guard who had a really nice season for the New Zealand Breakers before entering the 2022 draft.  He’s a really crafty ball handler with a quick first step and a nice ability to break down the defense. He’s comfortable shooting off the dribble or the catch and shoot and has a nice ability to find teammates. Has a nice scoring touch from mid range but could struggle to finish at the rim at the next level.

He has really good speed but lacks elite bounce and doesn’t have good length. Hugo projects as a mid second round pick, who could possibly sneak into the late first round.

7 – Karlo Matkovic – PF – Bosnia – Karlo, who played with Nikola Jovic for Mega in the ABA, has made a name for himself in recent weeks with a very good showing at the draft combine. He’s moved up draft boards and could hear his name called in the second round of the draft.

Karlo is mobile and athletic and looks the part of a NBA player the way he moves on the floor. He’s a capable shooter who shows promise as a floor spacer and has bounce and can play above the rim. He’s a good cutter who has a good understanding of his role and how to move without the ball. Karlo is a draft and stash candidate.

Best of the Rest: