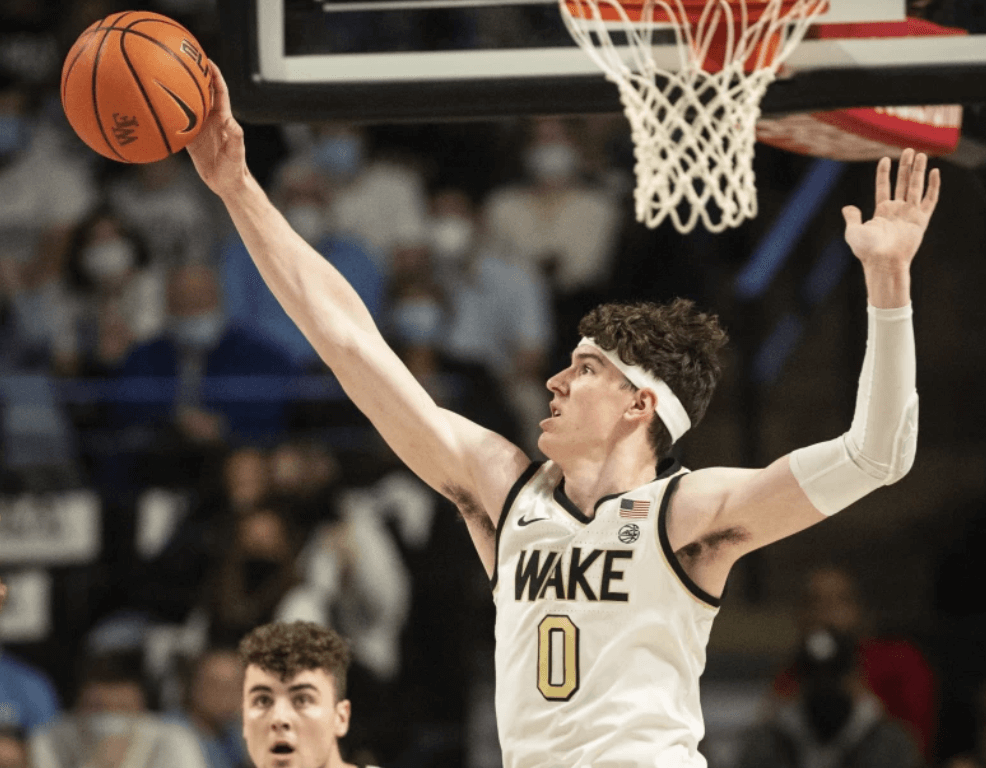 The NBA Draft Combine is always one of the most insightful events of the draft season. The scrimmages can give a big lift to a players draft stock (or tank it) and the official measurements are always a revelation. And it’s intriguing to see which players withdraw from the scrimmages amid rumors of them having a first round promise. Here are some prospect who helped or hurt their draft stock this week.

Jalen Williams – SG – Santa Clara – Jalen has been the star of the pre-draft process and is flying up draft boards. After floating around the mid second round on many boards (including mine) Jalen is now firmly in the mid first round conversation and could end up in the lottery when all is said and done. Measuring with a 7-2 ¼ wingspan at just under 6-6 Jalen has freaky length and it really shows on the court. He also posted a great 39-inch max vertical. He plays way above the rim with ease and can score in the paint against length. Jalen also has really smooth ball-handling ability and can create space and beat his man off the bounce. Plus he’s a polished passer with some lead guard instincts. Expect to hear a lot more about Jalen Williams in the coming weeks, as he becomes more of a household name.

Tari Eason – SF/PF – LSU – Another freaky-long player who measured well at the combine, Eason is a big wing/combo forward who is a standout defender and a versatile all around talent (thanks in part to his 7-2 wingspan and ridiculous 11 inch hand width). Eason is most often mocked in the 10-18 range and could even crack the top 10. He’s not a huge scoring threat but is the type of all around wing talent that holds a lot of value in today’s NBA – think OG Anunoby.

Jake LaRavia – SF/PF – Wake Forest – After shooting the lights out in drills LaRavia withdrew from the scrimmages, which could indicate that he has a first round promise. He’s been one of the hottest names in draft circles over the past 2 months and all signs point to him being a first rounder. This is a big rise for the former Indiana State star, who transferred to Wake Forest this past season. Besides his shooting skills LaRavia has fairly nimble feet to go along with his solid frame and has shown the ability to switch on the perimeter and guard in space. This combination of defensive versatility and great shooting will make him a hot commodity.

Terquavion Smith – SG – NC State – Scouts have been buzzing about Terquavion this week and he’s gaining a lot of first round consideration. He’s a flat-out scorer and it’s showing this week. He looks like a guy who can be a spark off the bench and provide value early in his career. He’s built in the Lou Williams/Bones Hyland mold.

Dominick Barlow – PF – Overtime Elite – Barlow remains a below the radar name but has the size and the tools to be an impact player in the league in a year or two and should get a lot of looks on draft night.  Barlow measured with a 7-3 wingspan and a solid 6-9 ¾ (in shoes), giving him plenty of size to go along with his smooth offensive game. Barlow has a nice mid range shot and has expanded his range beyond the arc. He’s a worthy late first to mid second round pick IMO.

Malaki Branham – SG – Ohio State – Malaki measured as expected with good size and length (6-5 ½ with a 6-10 wingspan) and shot the ball really well. He’s got an ideal skill-set for the league and has the look of a future 20ppg scorer. There are a lot of talented shooting guards in the late lottery to mid first round range but Malaki could be elevating his name into the upper tier.

Trevion Williams – PF – Purdue – Despite one poor shooting game Trevion showed off his awesome array of talents this week, including his great passing and play-making ability. He’s got a very quick first step and nimble feet for a big and great court vision. He’s just starting to stretch his shooting range to 3, which will give him added value. He also measured with a 7-2 ¾ wingspan. Williams is looking more and more likely to be drafted somewhere in the second round.

Andrew Nembhard – PG _Gonzaga – Nembhard is never going to be a plus athlete and doesn’t have great length. What he has is exceptional BBIQ, ability to run a team and he always makes the right play. I don’t see him as a starter in the league but he should be a super valuable guard off the bench and should be drafted accordingly.

Patrick Baldwin Jr. – SF/PF – Wisconsin Milwaukee – After a historically poor season as a freshmen there was some hope that PBJ would regain his form during draft season and remind the world why he was a top 10 recruit. Instead he posted really terrible numbers in the athletic testing drills at the combine, posting a 26.5 inch max vertical jump, which is one of the worst numbers we’ve ever seen. He did measure well (7-1 ¾ wingspan at 6-10 ¼ in shoes) but size only goes so far. PBJ could be well served to go back to school, but as it looks now he’s a late second rounder, maybe even undrafted.

Leonard Miller – SF – Canada – The youngest players in the draft who came out of nowhere this past year, Miller has looked, well, very young during the draft combine scrimmages. The tools are obviously there but he looks like he could be at least a year or two away from contributing in any way at the NBA level. The hype train has been strong but has come off the rails a bit this week. Still, Miller presents a lot of long-term promise for a team willing to be a patient and develop his talents.

John Butler – SF/PF – Florida State – Butler is one of my favorite prospects. Not that I think he should go in the lottery but I just like his game; his ridiculous 3pt shooting at 7-1 and his smooth athleticism. But Butler weighed in at just 174lbs this week, which is painfully thin for a player his height. This lack of weight/strength could relegate him to playing on the wing at the next level and make him less impactful in the paint. He could also struggle to hold his own against the grown man strength in the NBA. I’m hoping Butler goes back to school and works on his frame and solidifies himself as a first rounder.

Moussa Diabate – PF/C – Michigan – Another one of my personal favorites, Diabate has a bright NBA future but it might not be this year. He measured well and certainly has all the tools but he doesn’t really standout against this level of competition. He’s got work to do on his offensive game and making quicker reads and decisions. Anther year in Ann Arbor could do him wonders.

You can see the complete list of combine measurements here.