Heading into the 2011 NBA Draft there was a lot of talk about how weak the draft class was. I voiced my opinion on Twitter and elsewhere, saying that the 2011 draft class was stronger than most people were giving it credit for.  After nearly three weeks of this young NBA season I feel even more strongly that his rookie class is filled with talented players who should have long, successful NBA careers.

Here’s a look at some of the rookies who have gotten their careers off to a fast start: 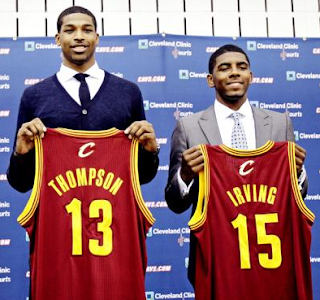 Kyrie Irving – The #1 overall pick has had some ups and downs but is showing flashes of being an all world point guard and every bit worthy of being the first player selected. He is averaging over 14 points, 5 assists and 3.5 rebounds per game and has helped his team to a .500 record.  He’s shooting better than 40% from thee point land and 85% from the line. Most importantly, he has given new hope to the beleaguered Cavs franchise.

Tristan Thompson is another young Cav who is having an immediate impact. His numbers aren’t off the charts but he has shown a world of potential as a defender, rebounder and interior scorer. In only 20 minutes a game he is averaging 1.7 blocks and 4.8 rebounds. He is an active and aggressive player who runs the court as well as any big man in the league.  With these two rookies the future looks bright in Cleveland.

MarShon Brooks fell to the 25th pick in the draft but has already picked up where he left off in college, scoring in bunches and draining perimeter jumpers. He is averaging better than 14 points a game and hitting about 46 percent of this shots.  The Nets got themselves a keeper. 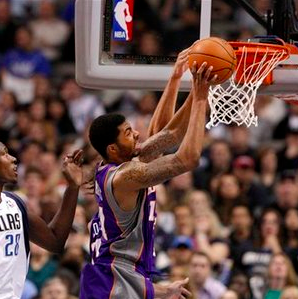 Markieff Morris surprised some people by getting picked ahead of his brother but he is off to a fast start and showing that the Suns made a wise selection. He has really expanded his game over the past few seasons and has started his NBA career with a legit three point shot and deadly mid range jumper. He is rebounding well at about 5.3 rebounds per game and has hit on 46% of his three point shots.

Other rookies who have played well in the early going are: Norris Cole of Miami, Iman Shumpert of New York, Chandler Parsons of Houston and Isaiah Thomas, the last pick in the draft, for Sacramento.

Overall I have been impressed with the play of the rookies and think there is a lot more talent in this class than it gets credit for.