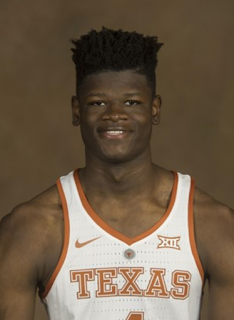 A long, lean center who has elite length with a 7-10 wingspan and 9-7 standing reach. Bamba projects as a potential top 5 pick and he’ll be one of the most intriguing prospects to watch as his game catches up to his length and athleticism.

Strengths
Has an intriguing combination of size, length and leaping ability and projects as a really good rim protector at the next level. He’s a very good weak side defender who blocks a lot of shots on help defense.

Has good form on his jumper and is beginning to expand his game. Can hit jumpers out to the 3 point line and is a very difficult to defend on the perimeter due to his length and size.

Bamba has shown tremendous progress with his ball handling and play-making ability. He can lead the fast break and make plays in transition that you normally don’t see from a 7-1 player. In some ways he reminds of Giannis with his open court ability.

Players with his combination of length, athleticism and skill don’t come around often. He’s got a very high ceiling and a chance to be a franchise level NBA talent.

Weaknesses
Needs to add strength and weight and develop a mean streak. He doesn’t have the type of body that will ever be super powerful and he’s light in the lower body, which allows him to get out-leveraged when trying to gain position.

Doesn’t command the lane or dominate on the low block like you’d expect from a player with his size. Relies too much on his height and doesn’t always do a good job of boxing out, getting leverage and playing with proper positioning.

Comparisons
A more mobile version of Rudy Gobert.
Reminds of a bigger, better version of Nerlens Noel with his quickness, skinny frame and shot blocking ability – but he has much better hands than Noel and is a much better offensive player.
Has some Kristaps Porzingis in his game, with his nice shooting stroke and open court ability.