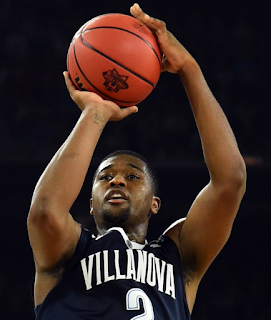 A compact and strong wing player who is a lights-out three point shooter and a clutch performer but lacks ideal size and athleticism.

Pros
Jenkins is becoming a three point specialist and he does most of his damage from downtown. He does a nice job of floating around the three point line, spacing the floor and finding the opening to get his shot. He hits a high percentage from 3 and is a clutch shooter.

He does a nice job of using the ball fake, which is especially effective because of his ability to hit the 3. When he gets to the foul line he usually makes them, hitting at close to 90% from the line.

Jenkins is a team first player who operates within the flow of the offense. He does a nice job of keeping the ball moving and making the right pass.

A very pesky defender who reads the play well and has active hands. He has enough strength to guard multiple positions and can hold his own against taller players.
Cons
Jenkins is not a run/jump athlete and is more of a below the rim player. He lacks ideal height, length and leaping ability. Is not much of a rim protector and will likely struggle to score in the lane against NBA length.

His field goal percentage has taken a big hit as he focuses on shooting the 3. He doesn’t do a good job of penetrating and scoring in the lane and his mid range game is a work in progress.

Projection: late first to mid second round pick in the 2017 NBA Draft