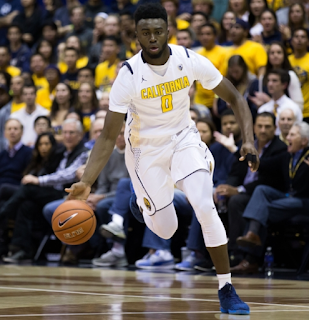 A powerful and talented wing player who is always the best athlete on the floor.

Pros
Has excellent length, power and explosiveness and can really play above the rim. A great power dunker for such a young player.  Has great body control and a very quick first step. Changes ends like a lightening bolt and is a one man fast break.

Handles the ball well with either hand and has the ability to stay in control, even when moving at top speed. Draws a lot of fouls.

Plays with focus and intensity. Very strong and “NBA ready” for such a young player. Locks in on defense and has a lot of potential on that end of the court.

Cons
Has a lot of room for improvement on his jumper and in becoming a more consistent shooter from outside and from the free throw line. Is too one dimensional and his outside game is limited.

Will have to continue to grow in his understanding of the game, ball movement, positioning etc. Doesn’t play with his head up and is often unaware of what’s going on around him. Crashes into the lane on drives and draws way too many charges.

Comparisons
Reminds of Jamal Mashburn with his ability to get to the rim and overpower opponents. He’s got a little Harrison Barnes in him, the way he changes ends like a deer.

Plus some DeMar DeRozan.