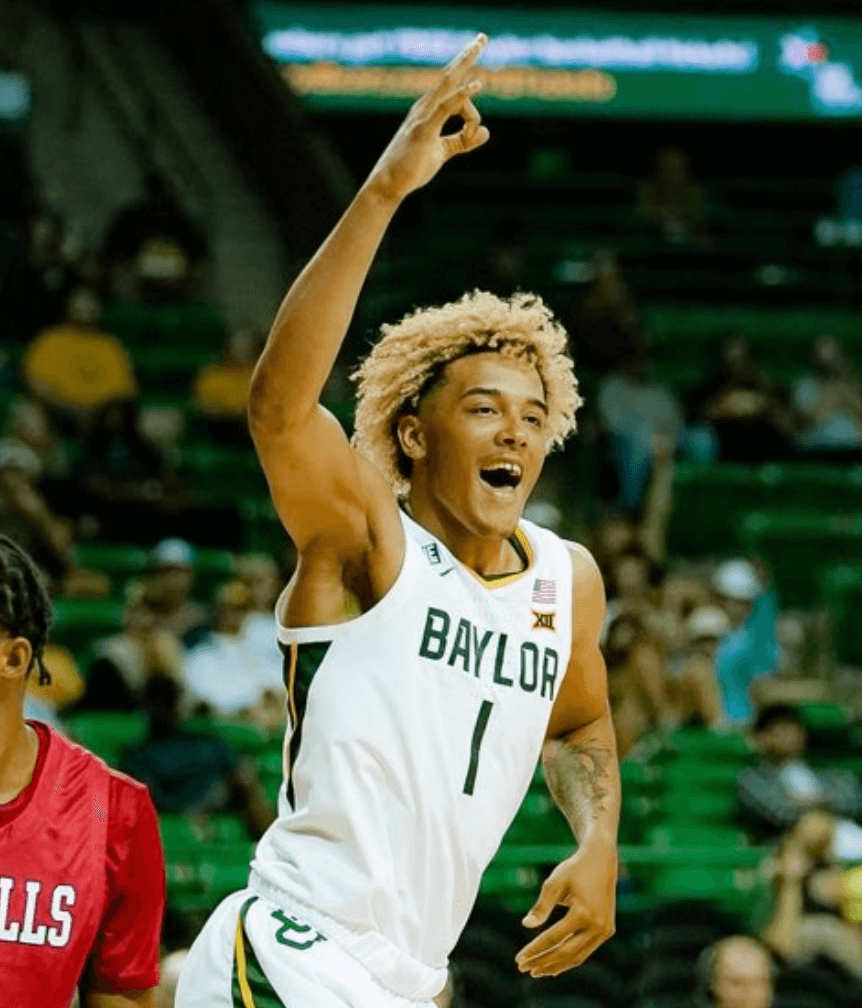 Here’s a look at 6 freshman ballers who are flying under the radar in draft circles and could be breakout stars and potentially even be one and done draft picks. These 6 players don’t show up on most draft boards and are generally viewed as 2 or 3 year college players but there’s a chance that some of the guys listed below will have a big coming out party this season and end up declaring (or at least testing the waters) for the 2022 draft. And even if they stay a few years in school it’s good to get familiar with them now.

Kaden Perry – PF – Gonzaga – The other elite recruits at Gonzaga overshadow Perry but he’s a high level prospect in his own right with a bright NBA future. He might struggle for playing time behind Chet and Timme but even in limited minutes he could show off his skills and ability and start to gain some draft buzz. He’s an incredibly bouncy 6-9 forward who moves well for his size and gets high above the rim effortlessly. He’s built in the mold of former Gonzaga PF Brandon Clarke, who was a mid first round pick a few years ago.

Tyrese Hunter – PG – Iowa State – Hunter is a bit undersized but he’s a truly explosive athlete who can attack the paint and finish above the rim. He’s got a quick first step and a low center of gravity, which helps him blow by defenders and collapse the defense. He’s not super likely to be a one and done but should be on the radar for future draft years.

Jeremy Sochan – PF – Baylor – A smooth, smart and talented forward who could surprise the nation and have a big impact on yet another loaded Baylor Bears team. Sochan reminds me a bit of Jeremiah Robinson-Earl and could have a similar level of college success before jumping to the league.

Josh Minott – SF/PF – Memphis – Minott hasn’t gotten a lot of national attention or draft buzz but he’s an upside athlete with a smooth game. He might need a few years in school to be draft ready but it wouldn’t surprise me if he starts getting some draft buzz this coming season and tests the 2022 waters. Minott has the size, length and athleticism for a NBA combo forward and has a nice shooting stroke with a quick release. He looks the part of a 3&D NBA wing.

Kowacie Reeves – SG – Florida – A rangy 6-6 guard out of Macon, GA who can really shoot the ball, has ideal size on the wing and solid athleticism. Reeves will have a great opportunity for minutes on this Gator team and could put up some big numbers his freshman season. While me might not be the highest upside player on this list he’s got a real chance to hear his name called on draft day…probably not in 2022 but he’s one to track going forward. With shooting at a premium Reeves will get a lot of attention from scouts.

Frankie Collins – PG – Michigan – Collins is a tough, hard-nosed gamer who brings it every time out on the court. He gets after it defensively, is a leader on the court and is aggressive on the offensive end. He’ll have to battle for minutes his freshman season but should takeover the reigns of the Wolverines team in the years to come.

Deep sleepers to keep an eye on for future drafts