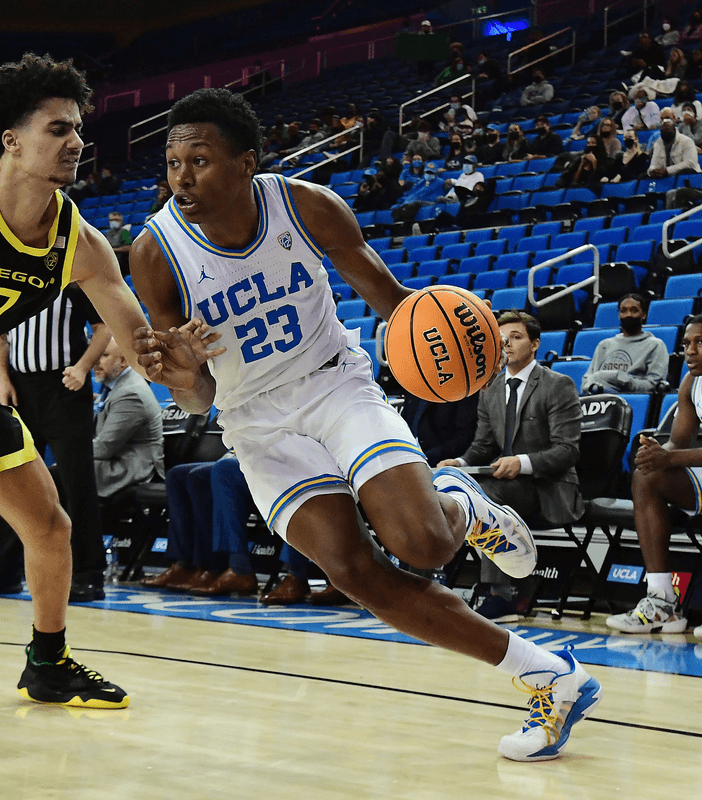 Today I want to try to remove all of my biases and open my eyes to the players I’m probably sleeping on. Players that are flying under my radar and have not been getting the attention or hype they deserve.

This post was inspired by a Patreon subscriber who asked me about my ranking of Tari Eason and why I’ve had him in the mid to late teens on my big board. It made me take a step back and see if I’m missing something and to examine why I might be sleeping on Eason and other guys in this draft.

Here are 5 players that I’ve either been down on or just not focusing on as much as I probably should.

Tari Eason – SF/PF – LSU – In a league where shooting matters most prospects who struggle to shoot the rock loose value. But Eason brings a ton of versatility and talent to the table, despite not yet being much of an outside shooter. And his solid FT shooting this past year gives hope that his outside shooting will come along in time.

Tari plays a super valuable position as a big two-way wing who can guard all over the court, excel in transition and make plays on the offensive end. He’s a steals and blocks machine, posting 1.9 and 1.1 respectively in only 24.4 minutes per game last season at LSU. As a freshman at Cincinnati Eason posted 1.2 and 1.3 steals and blocks in only 19.6 minutes per game. It seems clear that this production will translate to the next level.

Eason also has an elite physical profile with Kawhi-like hands and incredibly long arms. Comparing Eason to Kawhi would be taking it too far but if Eason lands in a favorable situation with a good shooting coach and an opportunity to play a role along-side some offensive stars he could develop and blossom into an elite level role player or even a high level starter.

I’ve had Eason in the mid to late teens for the past 3 or 4 months but the top of his draft range is higher, with a chance that he cracks the back half of the lottery.

Ochai Agbaji – SF – Kansas – I’m not particularly low on Agbaji but after seeing him for so many years he’s just become somewhat of an afterthought for me, when looking at this draft class. I have him rated as a mid first rounder (no.18 on my latest big board) which is a bit lower than some – I’ve seen him ranked in the 10-14 range.

I could see Agbaji getting better and better each year and developing into a high level starter. He’s not the most sexy pick as a well known senior who doesn’t have a particularly flashy game but he could be a great mid first round selection who goes on to outplay his draft position.

Agbaji also seems like a prospect who could deliver value early in his career and would be well suited to land with a contending team where he can slide into a role as a two-way off the ball guard.

Justin Lewis – SF/PF – Marquette – A decade ago we might have called Lewis a tweener but in today’s NBA strong, versatile forwards are en vogue and have a lot of value.

Lewis doesn’t project as a guy who can create his own offense at the next level and will likely be relegated to a supporting role and doing a lot of dirty work. But he could fill this role at a high level thanks to his elite physical profile, which includes an impressive 7-2 ½ wingspan and a broad, powerful frame.

Hitting the corner 3 at a high level will go a long way towards Lewis finding success in the NBA.

Peyton Watson – SF – UCLA – In one of my way too early mock drafts I had Watson as a lottery pick but after last summer’s FIBA U19 tournament I started to view Watson as a role-playing wing who was probably a few years away from being a NBA contributor. His one season at UCLA only confirmed this view – if he wasn’t ready to contribute in college how could he be ready for the NBA?

But the low numbers and limited opportunity for playing time don’t tell the whole story. Watson is a freak athlete who also plays with an edge. He has high upside as a defender and the type of athletic tools to be able to guard some of the elite wings in the league, in time. He’s got a lot of development left to do before being NBA ready but the draft is about upside and betting on a player’s development.

I still don’t view Watson as a first rounder but will admit that I’ve been paying too little attention to his athletic upside and two-way potential.

MarJon Beauchamp – SG/SF – G League Ignite – I’ve been mocking Beauchamp in the late first to early second round for most of the season but that could be a bit too low for the 6-7 G League Ignite wing. MarJon recently got invited to the NBA Draft Green Room, indicating that he’s likely going to be a first round pick and could be drafted higher than I and many others think.

He doesn’t get as much hype as his Ignite teammates Dyson Daniels and Jaden Hardy but there was a stretch of the season where he looked like the best pro prospect on the team. Now Dyson is projected to be a mid to high lottery pick and Hardy, who has a wide draft range (anywhere from late lottery to end of the first round) gets a lot of press and has some very vocal fans.

Meanwhile MarJon could prove to be the best of the bunch.

See where these 5 rank in my latest mock draft.