L.J. Takes a look at a few recent draftees who were picked too low and who promise to look like steals of the draft in the near future:

Lonnie Walker – I predicted it would happen and it did, Walker became a sleeper in this draft. 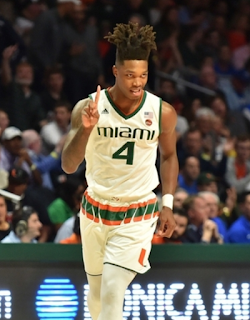 Lonnie Walker was chosen with the 18th pick in the draft after being projected as a top 10 talent. He was the #16 recruit in the nation for the class of 2017 by 247 sports but to me he was a top 5 talent in that class. He will be an All-Star player for the Spurs and the new face of that franchise.

Michael Porter Jr. – It’s just crazy to call Porter Jr. a sleeper but the fact he slipped to #14 makes him a sleeper. We are talking about the #1 player in this draft before his injury and Denver got very very lucky and got him at 14. The face of the nuggets franchise was just drafted and a lot of teams will be kicking them self in the face repeatedly. This is almost as bad as Charlotte trading Kobe Bryant.

Anfernee Simons – Simons is a lottery talent period point blank. He has elite athleticism and scoring ability. He is not a point guard nor is he a shooting guard; he is a “killer”. Simons is a dangerous talent to add with McCollum and Lillard. I feel in the future he will force his way into the starting line-up and it’s only a matter of time before there is a backcourt change in Portland.

Jalen Brunson – The biggest sleeper in this draft. The most successful and productive player in this draft Brunson slipped all the way to the #33 pick to a team with Doncic and Smith Jr. Brunson was not only a two-time national champion, he won one of those titles as a freshman and capped off his college career with winning the Player of the year honors. Brunson will not only be productive in Dallas he will one day be a starting NBA point guard and be productive in the NBA for a long time.

Mitchell Robinson – Undeniable talent, Robinson has the potential to be a very dominant center. He can run the floor like a guard and his athleticism allows him to have an advantage over other centers. The Knicks capped off a very good draft by drafting a top 10 talent in Robinson who could be the center of the future for the Knicks.

Gary Trent Jr. – The smoothest shooter in the draft and one of the best scorers. For him to fall this far is absolutely surprising. He goes to Portland who also drafted Anfernee Simons a four guard rotation that has McCollum, Trent Jr, and Lillard, talk about bombs over Baghdad. 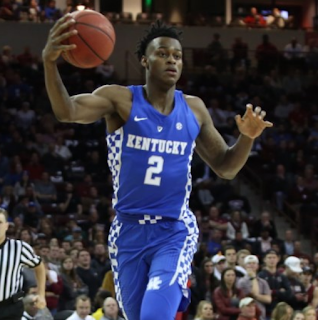 reason that 2017-18 Kentucky squad never reached their full potential. Vanderbilt can do it all playing with the nuggets and all the young talent around that franchise. If he overcomes his injuries Vanderbilt could be an all-star caliber player.

Bruce Brown – Brown would have no doubt been a first round pick if it wasn’t for the injuries. He was a triple double threat that was just touching the surface of his potential. The Pistons have a dangerous talent off the bench in Brown.

Hamidou Diallo – Diallo is an elite talent and going to Kentucky with so many 5 star players really stunted his growth. Diallo is a scorer you can depend on to deliver and his elite athleticism could see him in the slam dunk contest.

Trevon Duval – He showed enough during the college season to be drafted and it was a complete crime not to see him drafted. The Rockets picked him up as a rookie free agent and could have picked up the successor to Chris Paul.