Here are a few first impressions of players who impressed so far in Summer League 2018: 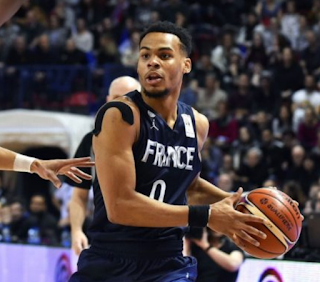 Elie Okobo can play in this league. He’s got all the physical tools, an NBA skill set and showed that he won’t back down from anybody. The Suns got a second round steal.

The Spurs drafted well (what else is new?). If you follow this site you know we’ve been really high on Lonnie Walker IV and so far he hasn’t disappointed. He’s far from a finished product but he’s already showing flashes of big time ability. The sky is the limit. Second round pick Chimezie Metu has done some nice things and looks the part of an NBA player. He might not have an impact in year one but look for him to develop and eventually become a rotation player for the Spurs, which is a solid value for a late second rounder.

Josh Okogie seems like a perfect fit for the Wolves. He fits coach Thibs mold of a defensive-minded, team-first player. Look for him to get minutes early in his NBA career, potentially at Andrew Wiggins expense.

DeAndre Ayton is going to be a monster.

Jaren Jackson Jr. is the real deal. The foot-speed he shows defending guards and switching on the
perimeter is really impressive. Oh, and draining 8 three pointers in his first pro game is kind of cool too. 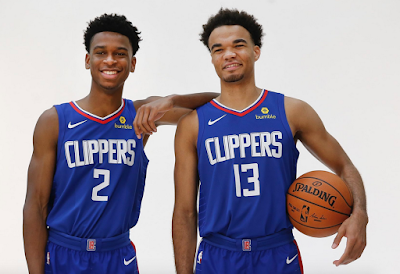 Shai Gilgeous-Alexander is a steal for the Clippers and very well could be the best guard in this draft class. He plays with unbelievable control and poise for a young player and he physically out-matches most guards he goes against. He should have been a top ten pick.

Jerome Robinson really knows how to play and is an NBA level marksman. The Clippers backcourt is in good hands for the future.

Trae Young is going to be really fun to watch but (as we’ve been saying for months) he’s going to struggle to score with consistency at the NBA level and his defense will leave a lot to be desired.

Is it any surprise that Grayson Allen is already ruffling feathers? Love him or hate him, Allen is showing the skill level and the trademark intensity to be an impact player early in his career.

Mo Wagner can ball. He’s going to have a long successful career and could even develop into an All Star level player in his prime.

Zhaire Smith has everything you look for in a glue-guy/wing defender and should be a perfect fit on the Sixers. Speaking of the Sixers, Furkan Korkmaz will make fans quickly forget about Marco Belinelli. Furkan can really stroke it.

And finally, Mikal Bridges could end up as one of the better three point marksmen in the League. That picture perfect jumper should make Suns fans very excited about his future.