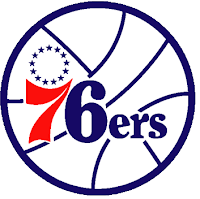 There was a lot of talent drafted into the NBA tonight and a couple of teams did exceptionally well, in my humble opinion.

76ers – My sleeper pick of this draft was Maurice Harkless who ended up being selected by the 76ers at #15. He has a world of upside and should be a great addition to the roster in Philly (byebye A.I.). Later in the first round the Sixers were able to trade for Arnett Moultrie who was drafted by the Heat. He adds great length and athleticism to the frontline and is the type of rebounder the team needs. I thought both players should have been lottery picks.

Celtics – With back to back picks in the 20’s the Celtics get two solid prospects in Jared Sullinger and Fab Melo. Sullinger fell due to lack of athleticism and nagging injuries but is a very good fit in Boston and should be able to step in and contribute right away (if healthy). Fab Melo has very good upside and is a boom or bust type player. If he puts it all together he could be a solid shot blocking center for the C’s.  In the second round the Celtics get Kris Joseph who doesn’t project as a contributor in the NBA but could surprise. 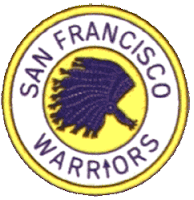 Warriors – Less than a year ago it looked like Harrison Barnes might be the #1 pick in the 2012 Draft. After a tough second half of the season he fell out of the top five and landed in Oakland (soon to be San Francisco!) where he’ll get a chance to redeem himself. A hugely talented player who has a chance to become an All Star wing player for the Warriors. With the last pick in the first round the Warriors get a solid interior defender and rebounder in Festus Ezeli and then the versatile Draymond Green in the second round. Overall, a really nice draft for the SF Warriors.

Other winners include: The Detroit Pistons (Drummond, Middleton, English) and of course the New Orleans Hornets (Davis, Rivers, Miller)