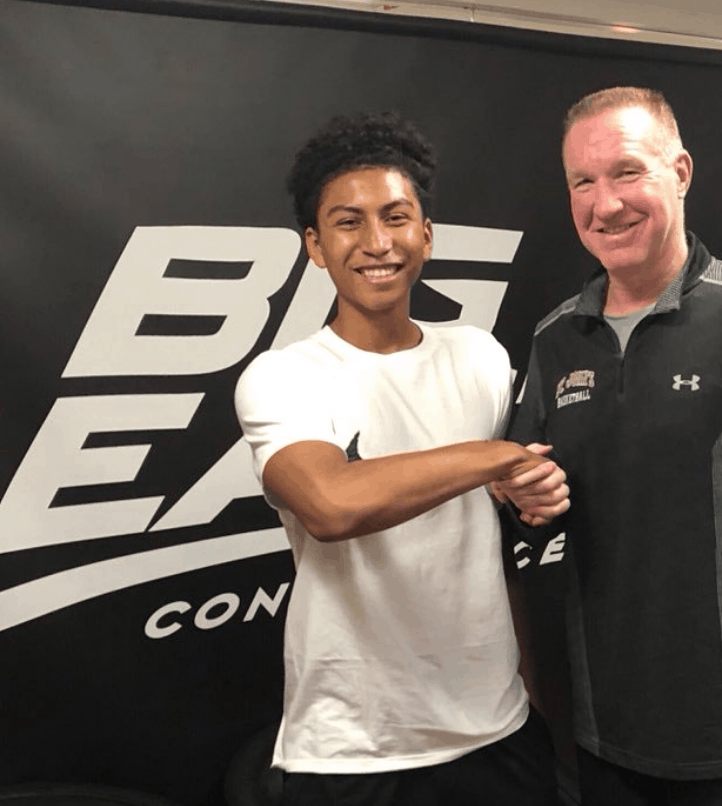 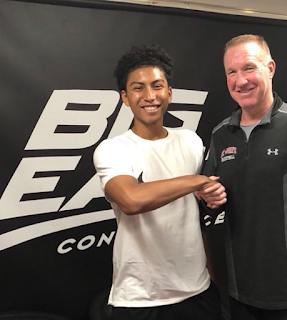 Jeron is a combo guard who has excellent handles and good speed up and down the court, which allows him to be a problem in transition. He continues to improve his game and become a more complete basketball player.

Playing for Bella Vista high school in Scottsdale, Arizona, Artest saved his best for the big stage. He led Bella Vista to the Grind Session tournament championship in a face-off against Spire Academy (led by 5-star point guard Lamelo Ball).

In that game Artest compiled 20 points, 4 rebounds, 2 assists and 2 blocks while shooting 5 for 7 from long range. And he gave LaMelo Ball more than he could handle. Artest was named best defensive player and the MVP of the Grind Session. We talked about his NBA potential and more.

LJ: Very impressive this past season with Bella Vista. Explain what happened with Hillcrest prep?
Jeron: Bella Vista Prep really prepares you for college and treats the student-athlete process professionally with NCAA eligibility and development; my coach started the program there. Hillcrest is under investigation.

LJ: You have evolved to an elite defensive player. How much work do you put in to being a defensive prospect? Your father was former NBA defensive player of the year. What has he taught you?
Jeron: I put in a lot of work defensively. A large portion of it is mental though, thinking ahead and studying the game. My dad is a huge fan of learning by doing so whenever we’d go to pick up runs he’d force me to pick up full on some really tough players. He gives me tons of pointers all the time but he definitely taught me to keep trying and experimenting.

LJ: What were the stats of your best game this season?
Jeron: 21 points in the championship game.

LJ: What about your skill-set would help you impact an NBA team?
Jeron: People like how much energy and experience I bring to the game. I think my ability to learn quickly and lead would impact an NBA team. Knowing how to make my team better always makes an impact too.

LJ: What NBA player do you model your game after?
Jeron: I like different things from different players so my game is not modeled after just one specifically. The court vision of legends like Jason Kidd and Steve Nash; the leadership of Chris Paul; scoring moves and shooting of Kyrie Irving, D Booker; Hustle, tenacity, and defense of players like Marcus Smart and Patrick Beverly. I learn from watching all the NBA point guards.

LJ: If you could pick an NBA team to play for what team would you play for?
Jeron: I was at Staples a lot so the Lakers

LJ: What about your character would an NBA team like about you?
Jeron: NBA teams would like my work ethic, will to win, team mentality.

LJ: What do you need to improve on?
Jeron: I’m working on using my body more and being more vocal on the court.

LJ: What has improved about your game?
Jeron: Decision making, shot, defense, and athleticism.

Thanks Jeron for the great interview!