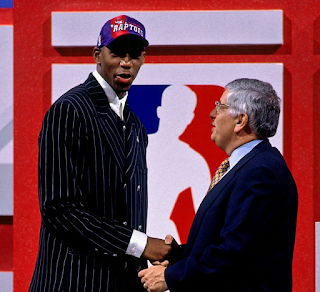 The NBA has given us many hints that the so called “one-and-done” rule will soon be changed to allow high school seniors to enter the NBA Draft. The League has stated that this change is not likely to occur until the 2021 or 2022 drafts.

So how does this impact those classes?

Assuming the rule change happens for the 2021 draft the impact would be profound. The 2021 draft class is already stacked with elite level talent. If you add in the top players from the class below (Terrance Clarke, Patrick Baldwin Jr. Jonathan Kuminga etc) this already loaded draft will be transformed into a mega-draft that would go down as one of the all time great classes.

In our opinion, this rule change is long overdue and will be a welcomed change back to the way things were for KG, LeBron, Tracy etc. These young men deserve to earn a living from their talents without being forced to go to one year of college or play elsewhere outside the NBA. And the NBA and college game will be better off as well.

For NBA teams the planning has already begun. The most recent move is the Clippers acquiring the 2021 Miami Heat first round pick (via Philly, Phoenix) in the Tobias Harris deal. That pick could end up having huge value if the rule change takes place and if the Heat remain mediocre.

For some of the top high school prospects the rule change will bring up a difficult dilemma. Should they strike while the iron is hot and jump straight to the League, with the risk of falling into the second round or going un-drafted, or go to school to develop their game and work their way into the first round?

The decision will be different for each individual player but at least they’ll get to have a choice.