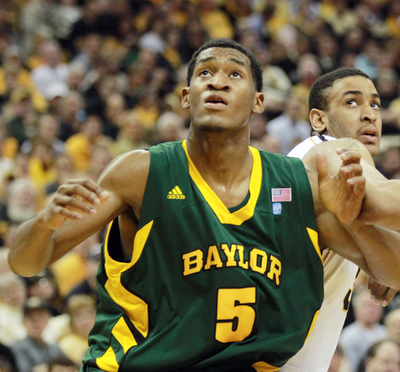 Jones is a unique player who projects as a combo forward at the next level. At 6,11 he has the size of a 4 but he is not a true power player inside and has some nice perimeter skills.  He was wise to return to school for his sophomore season as he still has a lot to prove to NBA scouts.

Very quick athlete with great length, athleticism and outstanding hops. Good ball handler and passer for a 6,11 player and can make plays on the wing. Runs the court very well and finishes strong on the break. Can play above the rim and dunk the ball well. Nice spin move and dribble drive, especially when going against opposing power forwards who struggle to keep up with his speed. Has a very nice mid range game and good jump hook.

Good rebounder who should get even better as he adds strength and grows into his body. Shoots a high percentage from the floor (55%) and tends to take good shots. Decent shot blocker and should put up better numbers in his sophomore year.

Needs to add weight to become a true power forward, or become a better outside shooter and become a wing player. Gets pushed around inside too easily and will likely never be a true power player due to his slight frame. Turns the ball over way too often and needs to cut down on the bad passes and the over-dribble.

Not a high percentage shooter but has good form on his shot and should improve a lot, especially as a free throw shooter.