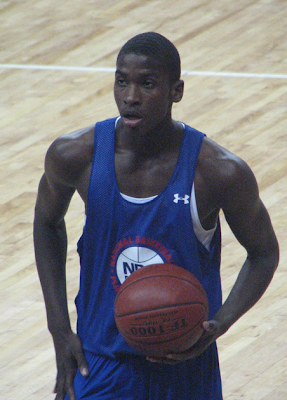 A do-everything forward who is a true basketball player, not just an athlete. The stats don’t tell the whole story for team oriented players like Gilchrist and his value is easy to underestimate.

Can do a little bit of everything on the floor and really knows how to play the game. Does all the little things well, like playing defense, rebounding, boxing out and making the extra pass. Gets into the passing lanes and is a disruptive force on D.

A very solid athlete with great body control, strength and quickness. Plays under control and rarely makes mistakes.  More of a slasher and driver at this point but is developing a consistent outside shot and should only improve his three point shooting over the years.

A glue guy who holds the team together and puts winning first.

Finding negatives in Gilchrist’s game is difficult. He needs to improve his perimeter shooting but has already improved a lot in this area. May take a few years to develop consistent NBA three point range.  Doesn’t project as an NBA superstar but he knows his role and plays within himself.