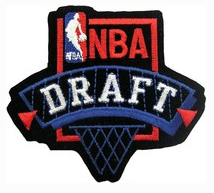 7:22 Jimmy Butler to Chicago!
7:14  Norris Cole to Minnesota!
7:07 Jujuan Johnson to Boston!
7:03 Jordan Hamilton to the World Champion Dallas Mavericks!
7:00 Brooks adds a much needed scoring punch to the Celtics
6:58 Marshon Brooks to Boston! Or trade? NJ?
6:55 I’m not sold on Reggie Jackson but sounds like a lot of teams like him. We’ll see.
6:53 Reggie Jackson to OKC Thunder!
6:51 Sounds like a trade – Motiejunas to Houston
6:50 Rockets (or wolves) will have to wait on Mirotic
6:49 Nikola Mirotic to the Houston Rockets (to bulls)
6:45 When does Jordan Hamilton come off the board?  Plus, it’s just about college senior  time.  Singler, Cole, Butler, etc
6:43 Faried is a great rebounder. Does he stay in Denver or move to Portland now?
6:42 Kenneth Faried to Denver!
6:37 Surprise pick. Thought Smith would be a second rounder but he could work in well in portland.
6:35 Nolan Smith to Portland!
6:30 Trade coming? Minnesota has too many forwards.
6:30 Donatas Motiejunas to the T-Wolves!
6:27 Pacers get George Hill for Kawhi Leonard. Now it makes sense.
6:26 Harris is very young and could develop into a very good NBA player in a few years. Good pick!
6:23 Tobias Harris to Milwaukee!
6:20 Similar to Vesely
6:18 Chris Singleton to the Wizards!
6:17 Who do the Wizards add here?
6:12 Motiejunas still falling 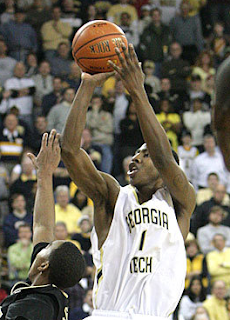 6:12 Iman Shumpert to New York!
6:09 Sixers get a real center! Vucevic should hold down the post in Philly for the next decade and could surprise and become an all star.  Must say, I’m surprised to see Motiejunas fall like this.
6:07 Nikola Vucevic to the 76ers!
6:05 Motiejunas would look good in that Sixers jersey!
6:04 Philly on the clock! Let’s go hometeam!
6:02 Hustle player who should be a good pro.  But where does he fit in with the Pacers? They have Granger, George and Hansbrough.
6:01 Kawhi Leonard to Pacers!
5:58 Does this mean that Patrick Patterson will be traded?
5:56 Pretty amazing story to see the twins drafted back to back. Surprised Marcus lasted this long. He can really play on the offensive end. Kind of a Glenn Robinson type.
5:54 Marcus Morris to the Houston Rockets!
5:49 Markieff goes ahead of Marcus. Can’t say I’m surprised. Markeiff reminds me of David Lee and should fit in very well with the Suns.
5:48 Markieff Morris to Phoenix!
5:48 Still hyped up on seeing Tristan Thompson go #4!
5:43 Burks is like Larry Hughes.  If it all goes right he could be very good but will he put it all together?
5:41 Alec Burks to the Jazz!
5:36 Warriors love to score the basketball, add another great shooter to team with Curry and maybe Monta. Defense anyone?
5:35 Klay Thompson to the Warriors!
5:34 Hearing Klay Thompson to warriors ??
5:32 It’s gonna be fun in Sactown. Can’t imagine Fredette and Cousins hanging out but on the court it could be good.
5:29 Jimmer Fredette to Sacramento Kings!
5:28 Kings taking Jimmer?
5:25 Winning tradition coming to Charlotte. Kemba is a fierce competitor and should team well with Biyombo and the young cats. If only they can add Harrison Barnes next year. 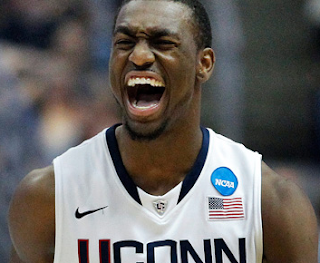 5:23 Kemba Walker to Charlotte Bobcats!
5:19 There are some question marks about how his game transitions to the NBA but if it all goes right he could be special. Could have a higher ceiling than Kyrie Irving.
5:17 Brandon Knight to Detroit!
5:15 DETROIT on the clock!
5:12 Finally get a little defense in Charlotte!
5:11 Bismack Biyombo to Bobcats
5:11Bobcats on the clock. Knight or Leonard?  So many ways this could go.  Biyombo?
5:08 Vesely on the receiving end of John Wall passes, man!
5:07 Jan Vesely To Washington!
5:03 A great pick again. Jonas might have to wait overseas for one year but could be setting Toronto up for a very good future.
5:02 Jonas Valanciunas to Toronto!
4:59 Kyrie Irving and Tristan Thompson on the same team! Cavs fans should be fired up!
4:59 I’ve been hyping Thompson for months. This kid hustles, plays D, gets up and down the court and blocks shots with the best of them.  A GREAT offensive rebounder.
4:56 Tristan Thompson to Cavs!
4:52 Kanter is another player that could end up as the best player in the draft. An absolute beast. Could be the best rebounder to enter the league since Kevin Love. And nice offensive game and jumper.
4:50 Enes Kanter to Utah!
4:47 Minnesota might have a superstar on their hands. Could be the best player in the draft and better than Blake Griffin.  Highlight dunks will be coming from the land of the lakes.
4:45 Derrick Williams To T-Wolves!
4:43 Timberwolves pick coming….