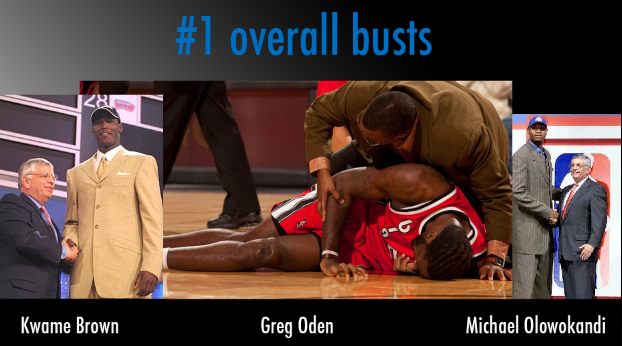 We all hope for the best for Kyrie Irving, the likely number one pick, but there is a long history of busts in the NBA draft. The three players shown above were all picked number one overall but each of them failed. Oden due to injuries and the other two… who can say?

I doubt that any one of the top three picks in the 2011 draft will go bust but there’s a chance. We’ll know for sure in just 10 short years 😉