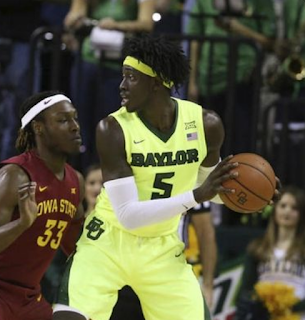 Motley has shown steady improvement over his career and has developed into a college star, who is a likely first round pick in the NBA draft.

Pros
Motley is solid in all aspects of the game and projects as a good role player and glue guy at the next level. He is an efficient scorer from the post and has shown an expanded offensive game out to the college three. He has a big arsenal of post moves and has become a lethal shooter from mid range, showing a nasty step back jumper, with a high release point that is difficult to block. In the low post he can score over either shoulder and shows a great touch on a variety of baby hooks and one-handed runners.

He might not be a #1 option on offense at the next level but he is more than capable of scoring the ball and spacing the floor, thanks to his improved outside shooting. All signs point to him becoming a solid shooter from NBA three point range. 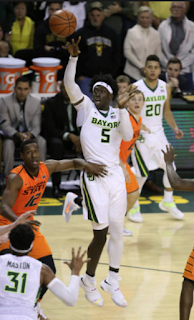 Motley has all the physical tools to excel in the NBA. He’s a long 6-9 with good strength and excellent athleticism. He has nice agility and good balance and the type of fluid athleticism normally reserved for smaller players.

A versatile defender, Motley can hold his own in the paint and defend the rim, while also showing the ability to guard smaller players out to the three point line. His length and agility are really put on display at the defensive end where he can switch on the screen and role. He has quick feet, active hands and is a fundamentally sound defender.

Motley has all the intangibles that teams look for. He is a hard worker, plays both ends of the floor and is a team first player.

Cons
Doesn’t have great size or brute strength. Might be able to play some small-ball center at the next level but doesn’t have the size or strength to match up against most NBA centers. Isn’t a great shot blocker at the college level.

Has work to do still on his outside shooting and expanding his range to NBA three. Is an average free throw shooter (low 70’s).

Turns the ball over too often and needs to do a better job of moving the ball or making a quick move before the double team comes.

Comparisons
Reminds of Pascal Siakam as a long but slightly undersized PF with a solid all around game. Has a similar skill set to Lavoy Allen

Projection: mid first to early second round pick in the 2017 or 2018 NBA Draft