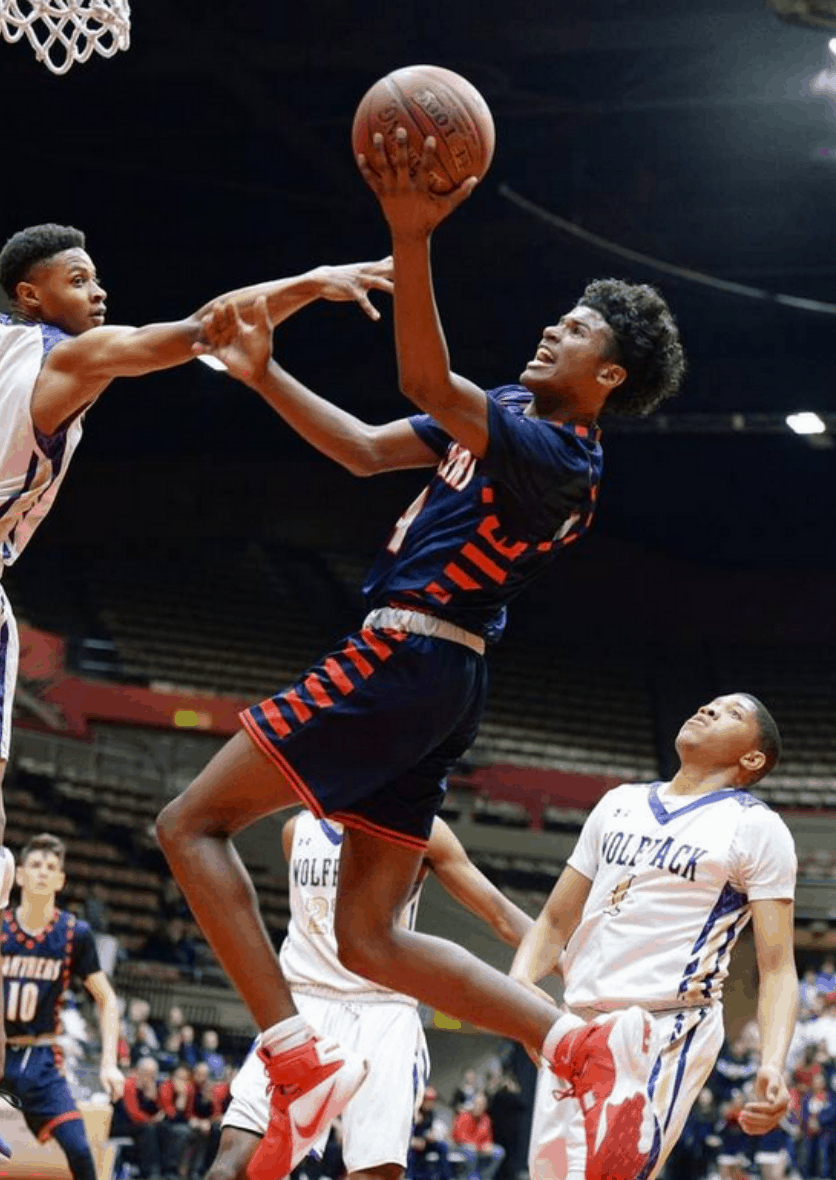 In the decades-long battle of new players vs. old powers, the players just landed a major punch. Jalen Green, the number 1 recruit in the country according to ESPN, has spurned the NCAA to help forge a new path, in the form of an NBA professional pathway program offered by the G league. While Green is not the first high school player to pass on college basketball in favor of a professional opportunity, he will be starting on a path that has yet to be seen.

For those unfamiliar with the full details of what awaits Green for the coming year (as well as other prospects who choose this path), they are as follows: A new G league team (though not an official team in the eyes of the league; will not be competing for the G league championship) will be formed, most likely in Southern California, which Green will be a part of. They will compete in some showcase exhibition games against other G-League teams, as well as possibly some games against international teams; the more specific details on that front are still forthcoming.

Green will work with professional coaches, trainers, etc. and continue to develop his game in preparation for the 2021 Draft. Green will also take courses teaching various life skills and will participate in “community events”. Green will make a base salary of $500,000, in addition to the freedom to profit from his likeness, shoe deals, and various other endorsement opportunities; pundits have estimated that he could make more than a million dollars before he gets drafted. Green also has a full-ride college scholarship (to Arizona State) courtesy of the NBA at his disposal should he choose to pursue his higher education at some point in the future.

While Green is the first player to enroll in this new program, he won’t be the last. Shortly after Green’s announcement fellow top prospect Isaiah Todd, a 5-Star power forward and likely first round pick in 2021, announced his intention to join Green, just a few days after Todd’s de-commitment from the University of Michigan.

For elite high school players who have long been searching for an alternative path to college basketball, the NBA has essentially made their Godfather offer. The details of the package laid out to Green address many of the hurdles Adam Silver and G League President Shareef Abdur-Raheem have been trying to clear in the fight to keep the best young talent in the NBA system. First off, the $125,000 that had been offered in the past had been far too low to be attractive—not only can players make some 4 or 5 times that in the NBL (Australia), but many players were reportedly making that kind of money under the table from colleges already. Another important improvement is the location of the training program. Instead of asking teenagers to pack up their things and move to one of the smaller, less-appealing G league markets such as Sioux Falls, Fort Wayne, etc., prospects will now most likely be based in Southern California.

This new arrangement benefits all teams and scouts in the NBA as well, as scouts and executives will no longer have to jet off to the other end of the globe to get an in-person look at certain players. The 2022 Draft has said to be Commissioner Silver’s target for the one-and-done rule to officially be extinguished; yet with this new option, it is unclear if he will ease off that specific pursuit.

Viewing this development simply as a fan and observer, I see obvious benefits to the basketball landscape, as well as some drawbacks. While it’s great that such talented players will have training tailored to them and be able to maximize their development time in preparation for the draft, one has to wonder about what they will be giving up by forgoing an entire season of competitive basketball, be that in the NCAA or elsewhere. Many of the players who enroll in this program come from high schools where they were the unquestioned superstars and centerpieces of their respective teams. The opportunity to assimilate oneself into a college program and mesh with teammates who come closer to their talent level is certainly a valuable experience for these prospects—one they will now have largely been without until they reach the league. It has been reported that the NBA intends to fill these new rosters with a mix of highly touted prospects as well as veteran pro players, yet it is unclear what level of talent these veterans will bring.

College or overseas professional basketball is a challenging adjustment for all but the most advanced young players, and I personally am skeptical of the level of competition and development a few G League exhibition games will provide for these prospects. While tailored training and development within NBA circles will undoubtedly serve these young players well, I’m not sure if the positives outweigh the negatives of going an entire year without competing in games with real stakes. At a time so crucial in the development process for young players, essentially a year off from real games should not be viewed as a triviality.

As it pertains to the NCAA, the NBA is now unequivocally their competitor. One would have to imagine that the next step the NCAA should take in order to try and win back some of the young talent they are fighting for would be to embrace California’s recent likeness bill, however that isn’t set to take effect until 2023. The NCAA has, on countless occasions, proven itself to be an adversary of young athletes rather than an ally, the latest example being the James Wiseman “$11,500 to charity” debacle. However, now perhaps for the first time, high school prospects have a legitimate domestic option that rivals the NCAA’s services.

Time will tell how this new offering from the NBA impacts the sport’s amateur scene, and how, or if, the NCAA will fight back.

More specifics can be read in ESPN’s article.