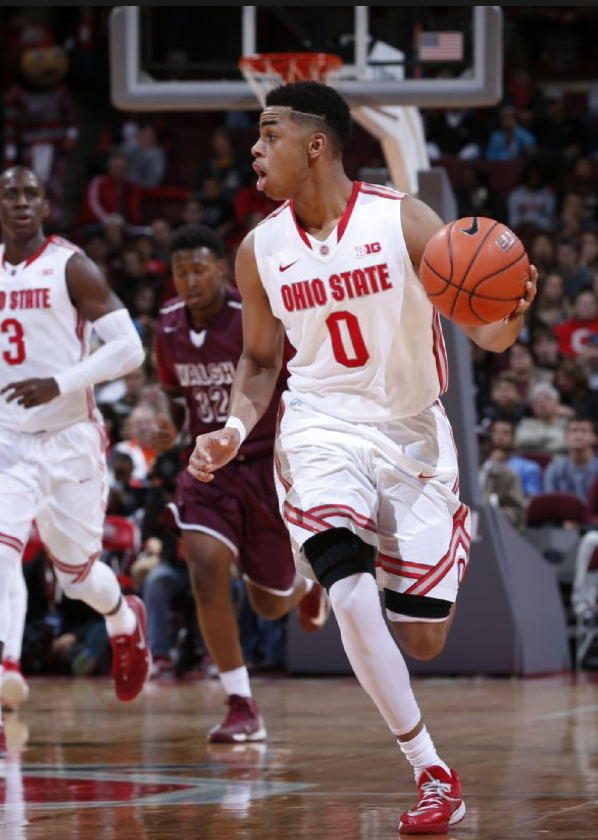 Russell has rare length, quickness and passing ability. He is nearly impossible to keep out of the lane and when he gets there he can score in a variety of ways or find the open man. He’s looking like a lock to be drafted in the top 5.

Pros
Russell is exceptionally skilled in all areas of the offensive game.  His ball control, body control and athletic ability are rare. He can get his shot just about whenever he wants and has great size for the point guard position.

Gets good elevation on his jumper and has a great feel for timing his shot and creating space where there appears to be none. Draws contact on runners in the lane and gets to the foul line often.

Russell is an exceptional floor general and top level passer. His court vision and feel for the game are off the charts. He passes the ball ahead on the fast break as well as any player I’ve seen.

Has supreme confidence in his ability and doesn’t back down. Battles hard on defense, even though he still has a lot to learn.

He reminds me of watching Jrue Holiday at UCLA except D’Angelo is a much better scorer than Jrue.

Cons
Can force the issue on offense and needs to learn better shot selection and cut down on the mistakes.

Needs to improve from the free throw line, especially since he’s a primary ball handler.

Needs to play with a consistently high level of intensity.

Comparisons
Comparing him to the best shooter in NBA history might be a stretch but Russell has ridiculous touch on his jumper, like Stephen Curry. He also reminds of Curry with the way he handles the ball – effortlessly.