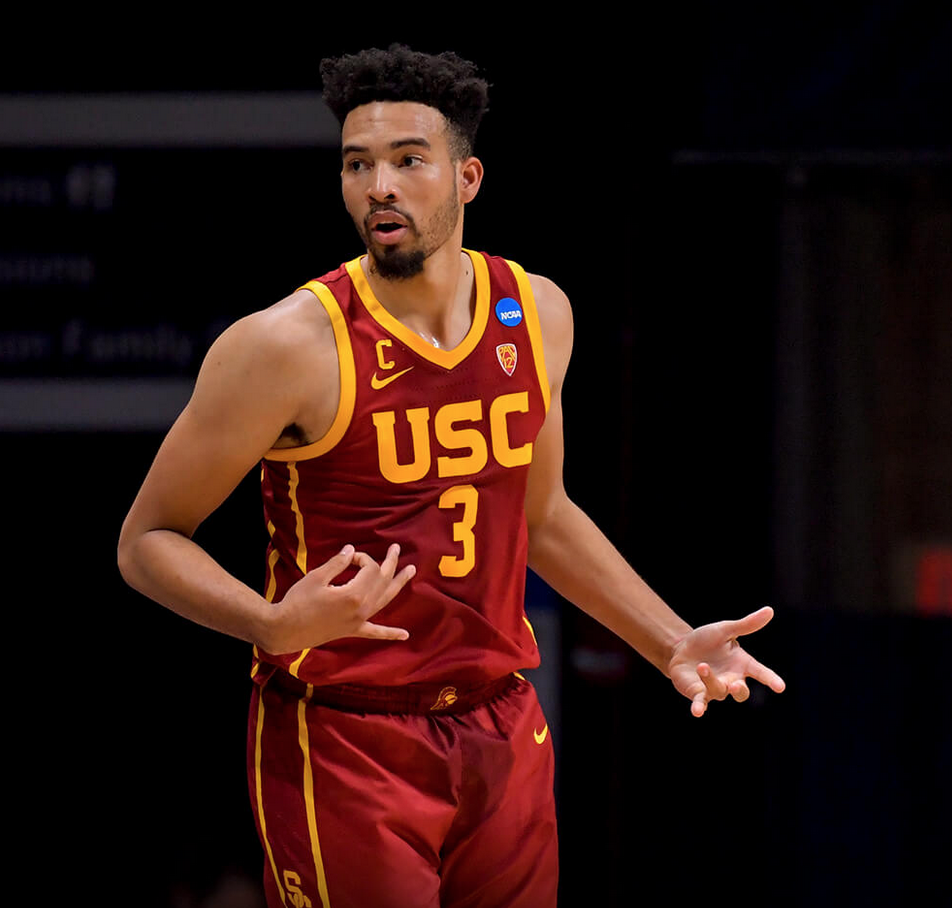 The deadline to withdraw from the 2021 NBA Draft was last night (July 7th) at midnight eastern time and many of the undecided early entrants waited until the last hours to make their announcements.  And in those last few hours before the deadline college basketball (re)gained a lot of talent for the 2021/22 season.

There were some surprises on the list of returning players (the biggest for me was Isaiah Mobley) but when you take into account the new NCAA rules around Name, Image and Likeness (NIL), which allow players to profit off of their names/fame it makes it easier to understand why borderline draft picks would want to return to school. The NCAA has resisted this change for many years but it clearly benefits college basketball and gives big-name talents more incentive to stay in school.

Here are some thoughts on some of the top returning players:

I always thought Isaiah and his brother Evan would play one year together at USC before both entering the NBA draft. But Isaiah, who was deemed a likely mid to late second round pick, decided just hours before last night’s deadline to withdraw from the draft and go back to USC for his junior season. Mobley will benefit as much as anyone from the NIL rules, being a big name in a big market with a famous brother who will be a top 5 pick in the NBA draft. But more importantly Isaiah will have a chance to improve on his weaknesses and try to prove himself worthy of a first round pick in 2022. He’ll be more of a focal point of the offense this season after scoring less than 10ppg last season and he’ll have a chance to gain strength, work on his poor FT shooting and try to carry the momentum from this past NCAA tournament into the new season. We still have Mobley as a second rounder in 2022 but he could put himself in the first round conversation with a strong junior season.

This site has been higher on Kofi than the consensus but in the end he didn’t get the feedback he wanted from NBA scouts and has opted to return to school. Kofi had a monster season for Illinois last season but is now in the transfer portal with Kentucky emerging as a favorite to land the behemoth Jamaican big man. Kentucky assistant coach Orlando Antigua originally recruited Kofi to Illinois and might land him again this summer at UK. This would give Kentucky a multitude of options at center with stud transfer Oscar Tshiebwe also joining the program and incoming freshman Daimion Collins also able to hold down some minutes in the middle. Kofi could be the most productive of the bunch (whether he lands at Kentucky or not) and should prove himself worthy of getting a shot at the NBA. He doesn’t project as a starter at the next level, at least not early in his career, but he could be an effective back-up big who impacts the game with his rebounding and strong interior presence. His biggest weaknesses at this point are guarding in space and shooting the ball outside the lane. He doesn’t exactly fit the mold of a modern NBA big but should carve out his own niche in the league.

One of the stars of March Madness, Juzang played his way onto a lot of draft boards and gave the NBA draft a long look before opting in the last hours before the deadline to return to UCLA for his junior season. The Bruins have a stacked roster and will be a force in the Pac 12 and nationally this coming season. Juzang’s decision was somewhat of a surprise, given how impressively he played in March and how much momentum he had going into the draft process but in the end his evaluation as a late second rounder to possibly undrafted helped send him back to school to try to improve his draft stock. He’s another player who should benefit greatly from the new NCAA NIL rules, as a March Madness hero in a big market. Juzang will look to improve his strength and overall athleticism, carry his hot shooting into the new season and develop his play-making ability. Johnny is projected as a mid second rounder in our 2022 mock.

The maize and blue were already set to be a tough and talented team in 2021/22 but with Hunter Dickinson returning the Wolverines are loaded in the frontcourt and are an early favorite to challenge for a national title. Dickinson had a strong freshman season (he’s older than most players in his class) and will look to improve in year two. He’s got a great touch around the rim, some promise as a shooter and is a solid rebounder. He lacks ideal foot-speed to guard in space but his size and high skill level should get him a look in the second round next season.

Max led the NCAA in scoring last season, shooting the lights out from the field, from downtown and from the FT line, culminating his season with a productive NCAA tournament and seemingly helping his draft stock along the way but he measured shorter than expected at the draft combine (only 5-11 3/4 without shoes), which gave NBA teams pause. It will be hard for him to improve on his 2021 performance and he’s not likely to grow any taller so this decision to return was a bit surprising but he’ll benefit from the NIL rules while getting to work on his play-making and overall game in hopes of getting more draft love next year.

Scottie was projected as a borderline draft pick in 2021 but most likely would have gone undrafted and so his decision to return to Vanderbilt for year 3 makes a lot of sense. He’ll look to become more efficient with his shooting, cut down on his turnovers and take the next step as a play-maker this season. Scottie has a real chance to work his way into the second round of the 2022 draft.

Marcus had an up and down freshman season and would have been a borderline draft pick if he had stayed in the 2021 draft. Instead he returns to school to round out some areas of his game and look to capitalize on his immense upside (and on his name, image and likeness). He’s got a sweet looking 3pt shot, great vertical athleticism and ideal size on the wing. His areas of improvement include becoming more efficient with his scoring, developing his passing and play-making skills and getting stronger, more agile and in top shape physically. Marcus projects as a second rounder next season but has first round upside.

Garcia tested the waters after a strong freshman season at Marquette before ultimately deciding to return to school and transfer to big-man factory North Carolina. He gives the Tar Heels a talented replacement for Walker Kessler, who transferred to Auburn. Garcia is a smooth offensive talent with range on his jumper and solid handles for a big. He’s a possible second rounder in 2022 but could stay at UNC beyond his sophomore season if needed.

This one surprised me a bit but ultimately I think it was a wise decision (Julian was mocked as undrafted in our recent mock) as he’ll now have a chance to solidify his status as an NBA level player in year 3 for the Red Storm. His brother Justin is staying in the draft and it’ll be interesting to see if he hears his name called on draft night. Julian will look to continue the momentum from his sophomore season and prove that his shooting and scoring performance wasn’t just a one-year phenomenon. Julian projects as a mid second rounder in 2022.

Other notable names returning to college include:

Add it all up and the 2022 draft class got a lot stronger yesterday. Most of these players project as second rounders next year but some will rise into the first round, making their decision to stay in school look really smart. And all of these players will benefit from the new Name, Image and Likeness rules, which will help them earn a living while working on their craft.

For a closer look at the 2022 draft here’s the first and second round of our mock draft.