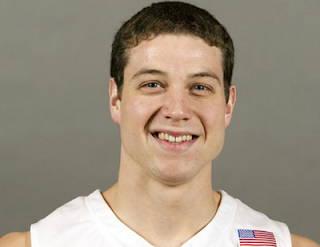 Jimmer Fredette will likely be drafted in the second half of the lottery to mid first round, somewhere between the #8 and #15 picks in the NBA draft.  After an amazing college career there are a number of questions about how his game will translate to the NBA and it might take the right team and the right system for him to be effective.

One team that is often mentioned in the Jimmer sweepstakes is the Utah Jazz. Jimmer played at BYU and so the good people of Utah are very familiar with his name and game and would come out in droves to see him play. The Jazz have the #3 and #12 picks in the lottery and if they go big with their first pick they could draft Jimmer at #12. The Jazz already have some solid pieces in the front court with Paul Milsap, Derrick Favors and Al Jefferson and could use an elite three-point shooter to spread the defense and take some pressure off of their bigs.  Playing next to Devon Harris would allow Jimmer to play his more natural position of shooting guard while he learns and develops his point guard skills. 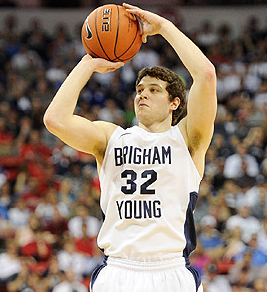 The Phoenix Suns hold the #13 pick in the draft and could be looking to add a young prospect to groom behind Steve Nash. This would be a good situation for Jimmer, allowing him to play some shooting guard while learning the point guard position from one of the greatest point guards in NBA history. The Suns traded for Arron Brooks this past season and he projects as the eventual replacement for Nash but if Jimmer shows the versatility to play the 1 and 2 positions they could coexist in Phoenix.

The Houston Rockets traded away Brooks to Phoenix and now have a hole to fill at the point guard position.  Kyle Lowry is a serviceable player but lacks an outside shot and is not a dynamic player. The Rockets have done a good job of bringing in young talent to the front court, now they need to address the back court and find a game changing guard.  With the #14 pick Jimmer might be the perfect fit. 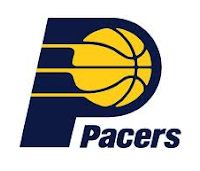 The Indiana Pacers have a handful of talented wing players in Paul George, Danny Granger and Brandon Rush so drafting an undersized shooting guard might not seem like it makes a lot of sense but Jimmer feels like a natural fit for the Pacers. With Collison running the point, Jimmer would be free to float on the perimeter and run off screens. He would be an instant fan favorite in Indiana and would sell tickets and jerseys while helping the team improve in the win column. Indiana has a history of drafting big name college stars – they drafting Tyler Hansbrough two years ago and if Jimmer is still on the board at #15 I doubt the Pacers would pass on him.

Jimmer is coming into the league with a ton of hype and will generate a lot of buzz for whichever franchise drafts him but he also comes in with a lot of question marks.  Can he play point guard? Is he the next Fred Hoiberg or JJ Redick? Can he defend against NBA guards?

It’s going to be really fun on draft night seeing who wins the Jimmer sweepstakes and it will be fun watching him step onto the court next season to try to answer those questions and prove the doubters wrong.