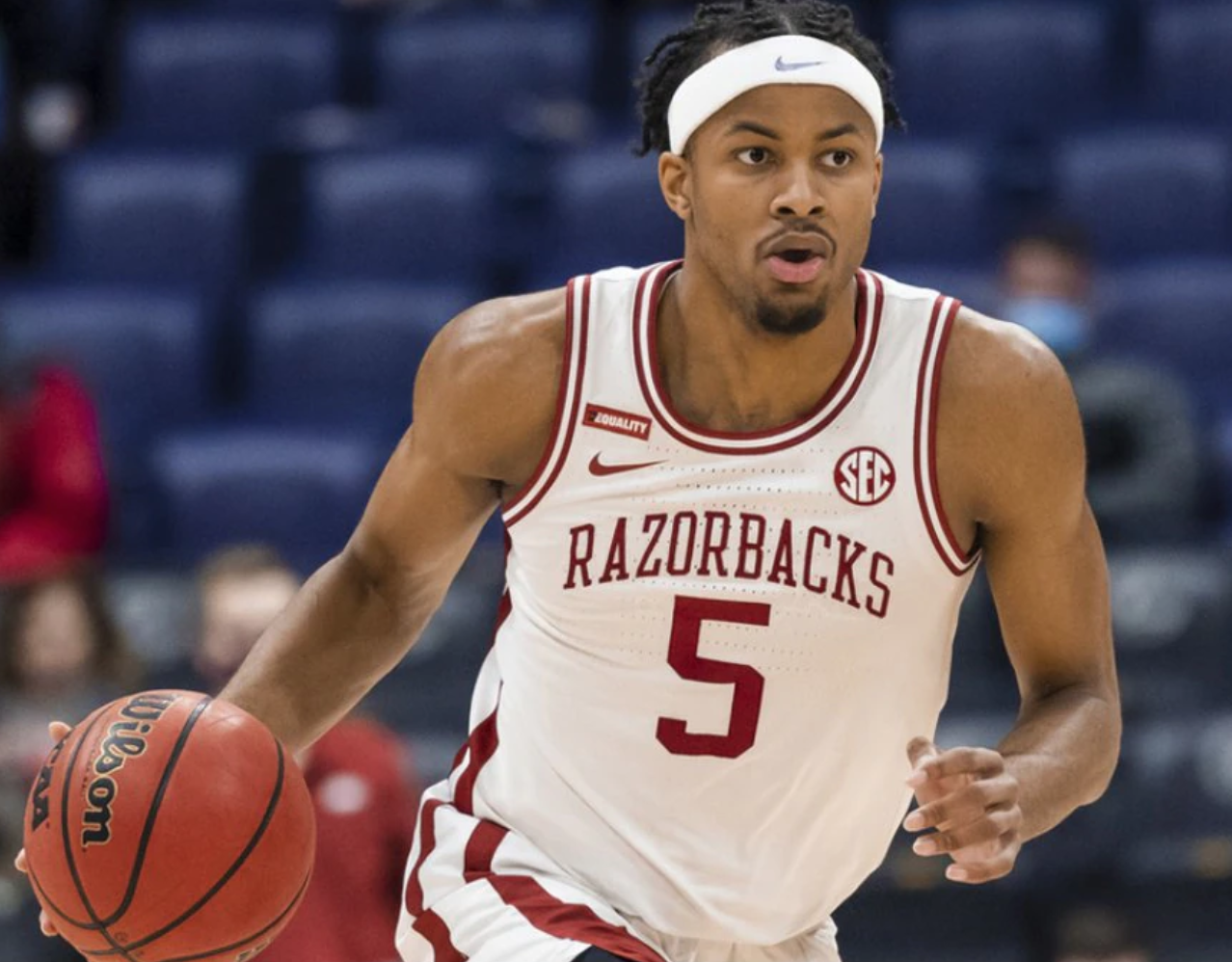 8 – The Orlando Magic receive the 8th pick from the Bulls via the Vucevic trade and will be well positioned to add a premier talent. Moses Moody is a big time prospect who is one of the better perimeter shooters in the draft. He’s got ideal SG size at 6-6 and a lanky 7-0 ¾ wingspan. He’s a two-way player who gets it done on the defensive end. He’s not the most explosive athlete but has more than enough quickness to hang with opposing shooting guards. His 3pt shooting ability would be a welcome addition to the Magic lineup and improve the spacing for Cole, Markelle and R.J. to operate with the ball. Having just turned 19, Moody has plenty of more upside to grow into. Other options here: Alperen Sengün (would fill the gap left by Vucevic), James Bouknight (would provide 3 level scoring from the SG position).

9 – The Sacramento Kings didn’t’ have any lottery luck and stay put at no.9 but will still be in position to draft a big time talent. In this mock we have the Kings selecting Alperen Sengün, the Turkish big man who was absolutely dominating in the Turkish League this season, scoring 19.2 ppg and pulling down 9.4 rebounds in just 29 minutes per game on his way to winning the league MVP at just 18 years of age. The Kings hit a home run last year when Haliburton fell to them at no.12 (I’m still dumbfounded that he fell that far) and are now set at the guard position with Hali and Fox. But up front the cupboard is bare and they could really use in influx of talent at the PF/C positions. Other big man options at no.9: Kai Jones, the fleet-footed forward from Texas or Usman Garuba who has played meaningful minutes in the second best league in the world and projects as a potential elite level defender in the NBA.

10 – The New Orleans Pelicans go with James Bouknight to add a big time scoring punch to the line up. Bouknight is a 3 level scorer with high-level athleticism and a nose for the basket. He’s crafty in the mid range, a slippery driver who can explode to the rim and finish with authority. He measured with a solid 6-8 ¼ wingspan at the combine, which helps make up for his less than imposing frame. Bouknight is a great cutter and off the ball mover who should benefit from the spacing of the NBA and playing next to NBA talent. The Pelicans have gotten a lot of hype but so far haven’t put it all together into winning basketball. A bucket-getter like Bouk could help make it happen. Other options here: Moses Moody, Keon Johnson, Davion Mitchell

11 – The Charlotte Hornets are a team heading in the right direction thanks in large part to the sensational talents of LaMelo Ball. This will be an important draft for them to continue to the momentum and hit on this no.11 pick. Kai Jones isn’t the biggest name and didn’t have huge production during his two years at Texas but the 6-11 forward from the Bahamas has unique athletic ability and clearly has his best basketball ahead of him. Kai is ultra-quick for a player his size. He runs like a deer, changing ends in a flash and showing off his exceptional bounce when he soars to the rim for alley-oops or put-back slams. He also has a great looking 3pt shot with a quick release, hitting 38% from 3 this past season. He projects as a capable floor spacer at the next level, although his 69% from the FT line raises some concerns. Kai might take a little time to find his groove in the NBA but his upside is as high as any player left on the board and he’d be a nice fit in Charlotte, bringing a new level of athleticism to the 4 spot. Other options here: Usman Garuba, Keon Johnson, Franz Wagner, Jalen Johnson

12 – The San Antonio Spurs have been mired in mediocrity these past few seasons and the no.12 pick in this draft is unlikely to change that. But there will be some serious talent still on the board including Spanish power forward Usman Garuba who has been projected as a potential lottery pick for about two years now. Garuba is a big, powerful athlete with great quickness and a tenacious style of play. He gets after it on defense, bringing a level of effort and intensity that you just can’t teach. He’s an active rebounder, runs the floor hard and has an emerging offensive game. He’s got some developing handles and court vision and the beginnings of a 3pt shot. The Spurs are known for developing players and drafting a raw talent like Garuba could pay off big a few  years down the line. Other options here: Kai Jones, Keon Johnson, Franz Wagner

13 – The Indiana Pacers could use an infusion of athleticism and Keon Johnson is the most dynamic athlete in the draft. The explosive Tennessee wing was a highlight reel this past season for the Vols, throwing down some ferocious dunks and putting SEC defenders on posters. He just posted a mind-numbing 48-inch vertical leap at the combine (although his standing reach seemed a bit low, which would improve his vertical number), cementing his status as this drafts top athlete. He’s also a great cutter and off the ball mover, which would be an ideal fit next to a passing big like Sabonis. Johnson reminds me of a baby Jaylen Brown, although a bit shorter at just under 6-5 in shoes. There’s no guarantee he’ll develop the 3pt shot like Jaylen but if he does he’d be a steal in the late lottery. Other options here: Franz Wagner, Kai Jones, James Bouknight

14 – The Golden State Warriors will be on the clock twice in the 2021 lottery (baring a trade) and with the 14th pick they could go any number of ways. The highest ranked player on the board in this mock is Davion Mitchell who would bring a new dimension to the Warriors defense with his ability to put full-court pressure on the ball. His offensive game took a bit leap forward this past season and if he can continue to hit the outside shot it’ll make his explosive driving game that much more effective. Davion could play in the backcourt with Steph and also give the second unit a spark. The Warriors could also look for a wing who can provide floor spacing and/or play-making between Klay and Draymond. Other options here: Franz Wagner, Keon Johnson, Jalen Johnson