We’ve all heard that this is a weak draft and that by the second round most of the talent will be gone.  But every year there are a few sleepers; players who fly under the radar but end up not only making an NBA roster but outplaying the higher drafted players.

Here, in no particular order, are three second round to undrafted prospects who might surprise fans and GMs alike and end up having an impact in the league. 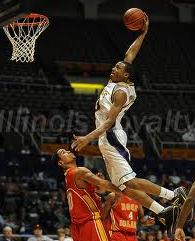 Richmond entered the draft after just one season of college ball and there are some questions about his maturity and decision making.  But had he stayed in school he might have become an NCAA star and blossomed into a first round pick.  As it stands now he will likely be available in the second round and will have to pay is dues on an NBA bench before getting a chance to show his stuff.

At 6,7 he is a bit of a tweener and is still developing his face-up and perimeter game but the potential is there.  He has a very good skill level and excellent athleticism and basketball IQ.  What might separate him from the crowd is his passion and competitiveness.  His fiery play can sometimes get him into trouble and he needs to stay under control but that passion has a chance to help him develop into a successful NBA player.  For a likely second round pick he could be a pleasant surprise for whichever team drafts him. 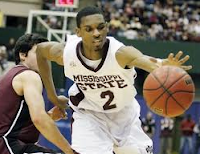 A very tall guard with an excellent outside shot, Johnson has all the makings of a successful NBA player who could surprise at the next level.  He’s at his best floating around the perimeter and looking for a catch and shoot opportunity but he has also expanded his game to include a good handle and decent playmaking abilities.  He needs to add strength to defend at the next level and will likely never become a great defender due to his skinny frame and average foot speed. He’ll make his living as a three point specialist and should give some NBA team some decent firepower off the bench. 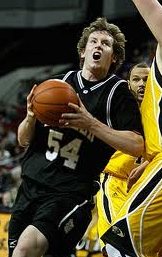 Howard has become a well known name among NCAA tournament fans but NBA scouts and draftniks don’t seem to give him any credit.  He projects as an undersized power forward and carries that dreaded tweener label but his versatility and developing perimeter game could give him a chance to make an NBA roster.

Howard is the type of player any coach would want on his team.  He makes clutch plays, hustles, plays solid defense and is a good leader and teammate.  His NBA draft stock seems to be almost nonexistent but I think he could be a sleeper and end up making an NBA roster as a second round pick or an un-drafted free agent.

Every year there are a few players who fall through the cracks on draft day but end up having successful NBA careers. I think Richmond, Johnson and Howard could be three sleepers from the 2011 draft.