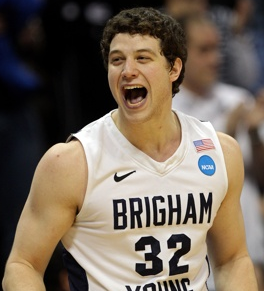 A lot of talk is going on about this draft being weak. Only two real players, only 9 decent prospects and in hindsight, maybe that will prove to be right. But there’s another side to the story.

This is one of the most fascinating drafts since 2003.
Cleveland has the number 1 and number 4 picks and has a chance to rebuild their depleted roster and could also make some moves to position for the strong 2012 draft.
The projected number one pick has only 11 games of NCAA experience and only 303 minutes of action.  Kyrie Irving looks like a potential all star but he has a lot to prove. Cleveland could pass on Irving and take the sure thing in Derrick Williams at #1. This draft is deep in point guards and the Cavs could get Knight, Walker, Fredette either at #4 or lower with a trade down. 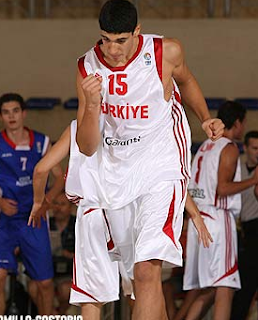 Turkish center Enes Kanter could be the best player in this draft but he is a complete enigma. He has played 11 fewer college games than Irving – zero minutes of action.  He looked great at the Nike Hoops Summit where he dominated the likes of Jared Sullinger and Terrence Jones but his lack of big game experience is troubling. Still he is a beastly rebounder and could be a perennial all star.
Lithuanian big man Jonas Valanciunas is a top 5 talent who might fall out of the top ten due to his contract situation. It is rumored that the Cavs are interested in him and could trade down in order to draft him later in the lottery.
Donatas Motiejunas is a talented 7 footer who would be a steal if he slips out of the top 10. With Dirk winning his first championship I think Motiejunas will be strongly considered as a top 6 pick.
As if the name Bismack Biyombo isn’t intriguing enough, the young C/PF from the Congo posted a triple double at the Nike Hoops Summit and could be a lottery pick. He has a rare shot blocking ability that is highly coveted in the NBA.
A pair of twins, Marcus and Markieff Morris will likely both be lottery picks.  Too bad they wouldn’t play on the same team. 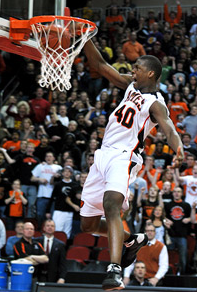 Everyone will be watching to see where college sensation Jimmer Fredette ends up. Even if he’s a bust in the NBA he’ll still sell a lot of tickets and jerseys.
Another college superstar, Kemba Walker will be a popular pick but there are questions about how his game translates to the NBA. He could go anywhere from top 5 to top 15, depending on how the rest of the chips fall.
With the 2012 NBA draft likely featuring a number of potential superstars we could see teams trading away picks in this draft in hopes of landing Harrison Barnes (right) or Anthony Davis next year.
And just to add a little more flavor to this draft the pending NBA lock out is looming over all of this and will likely affect some of the trade decisions.
Should be fun on Thursday!
by NBA Draft Room