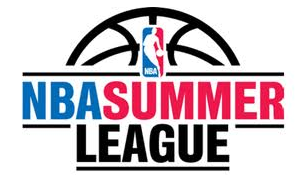 I woke up this morning and realized that the NBA Lockout was just a bad dream, a nightmare. To make sure I turned on SportsCenter and sure enough, there was Kyrie Irving throwing alley-ops to Tristan Thompson, as the young Cavs continued their unbeaten streak in Summer League play.

#2 pick Derrick Williams was scoring in bunches for the Timberwolves with some highlight reel dunks. He was 0 for 3 from three point range but showed good form on his jumper and the other-worldly athletic ability that made him a top pick in the draft. Ricky Rubio was struggling to adjust to the pace of the NBA game and looks unable to hit an outside shot. Still, he ran the team well enough to still be considered a long term option at point. 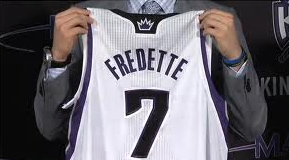 Jimmer Fredette is drawing big crowds and showing signs of being a lethal three point threat but the Kings are struggling on defense and have yet to win a game.

The surprise of the Summer League so far has to be Nikola Vucevic of Philly. Averaging a double double and looking like he should have been a top 10 pick. The 76ers look to have found their answer at center.

So wake up NBA fans! That whole lockout thing was just a bad dream….. or am I dreaming right now?