In the first two rounds of the NCAA Tournament we’ve seen some standout performances. Here are a few players who have helped their draft stock.

The 19 year-old looks the part of a superstar prospect. We had him locked in as the no.2 prospect in the 2019 draft for a month or two now but with his triple double in the first round and another solid showing in round two Morant has opened up the no.1 overall conversation. While Zion is still no.1 in our book the fact that Morant has gotten this close and even made it a discussion says a lot about his ability. He’s the most dynamic, athletic, court-aware and talented point guard to come out in years. His highlight reel dunks and ability to finish in the lane get a lot of attention but his set-up ability is second to none and he has shades of Trae Young in his passing and court vision. 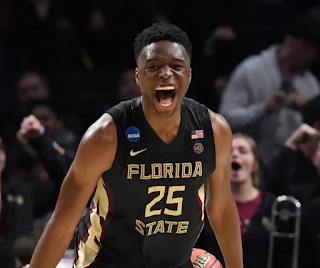 Kabengele has been an under the radar prospect all season. We most recently had him mocked in early round 2 of 2020 but with his strong play in March he may test the 2019 draft waters and we’ve moved Kabengele to the end of round 1 of our 2019 mock. Kabengele has as unique combination of size, shot-blocking and 3pt shooting ability. As a red-shirt Junior he’s had time to fill out his frame and now is showing off an improved all-around game and real first round potential.

We always new Wooten could bounce. But he’s bringing it to the next level, controlling the defensive paint and swatting shots into oblivion. His 7 blocks and aggressive rebounding in round two against UC Irvine had him looking like a first round pick with lottery potential. We currently have him in the 2020 draft but he’s another player who could test the 2019 draft waters, especially with another strong showing in the sweet 16.

Often considered the second best prospect on the Gonzaga team (behind Rui), Clarke finds himself flying up draft boards after a week of strong performances. He’s a power jumper with great body control and he’s showing an improved touch and a willingness to take over big games. While he lacks ideal size his strength and awesome leaping ability will be showcased in the space/pace of the NBA. While a Blake Griffin comp might be too high of praise, he shows a similar ability to dominate in the paint and change the game with his rim-rattling dunks. 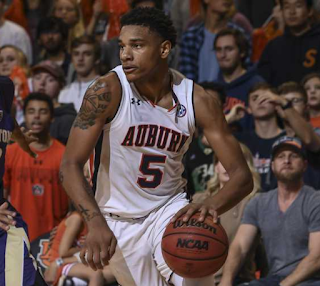 The well-built forward from Auburn doesn’t blow you away with any one skill but when you combine all the positives about his frame and his game what you get is a potential first round pick in June. Okeke has broad shoulders, good length and mobility and the ability to lock-down multiple positions. His transition game and 3pt. shooting is just what scouts look for from his position. Look for the first round buzz to grow louder as we go through March and into draft season.