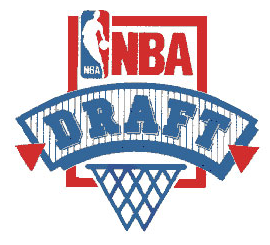 New Orleans Pelicans
This was an average draft and many of the top prospects had major red flags. The Pelicans turned the #6 pick and a first rounder next year into Jrue Holiday and Pierre Jackson.  Getting an All Star point guard who is just entering the prime of his career is the ideal move for this up and coming team. Taking a “win now” approach instead of constantly hoping to develop draft picks is the right move. 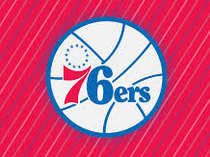 On the other end of the trade, the 76ers did the right thing as well.  Instead of languishing in mediocrity, new GM Sam Henke is blowing the team up and going all in for the Andrew Wiggins (and Randle, Parker and Smart) sweepstakes. The Sixers got a player in Noel who could be a defensive anchor for years to come. He is a boom or bust type of player. #11 Pick Michael Carter-Williams has a lot of upside as well and should get a lot of minutes early on. He has intriguing length and court vision. Second rounder Nate Wolters has a real chance to get minutes in 2013/14. (UPDATE: Nate Wolters traded for Ricardo Ledo, who is then traded to the Mavs for a 2014 second rounder).

Milwaukee Bucks
The Bucks did two things very well. They took high upside players and they ensured  that they would be atrocious next year and have a chance at the coveted top four in 2014. Atetokondo has the type of upside potential usually found in top 10 picks. He will likely take a few years to develop but could be a star down the road. Second rounder Ricardo Ledo is another high upside player with limited experience. He has all of the size and ability you look for in a NBA shooting guard. (UPDATE: Ledo traded for Nate Wolters)

Charlotte Bobcats
There was not a lot of value at the top of this draft but still, the Bobcats should have traded down if they wanted Cody Zeller. Drafting him at #4 was a reach and there could be 10 players drafted after him who turn out to be better pros. The team has some decent pieces in place but not getting value with their top picks is costing them. Michael Jordan needs to leave the basketball decisions alone.

Dallas Mavericks
Trading out of the first round all together would have made a lot of sense. Or getting a draft and stash Euro at #13 (Atetokondo) would have been wise. But trading down a few spots, still taking on a first round salary and getting an undersized point guard with short arms in Shane Larkin doesn’t make a lot of sense. Larkin could be a decent pro but the moves by the Mavs don’t seem to fit into any kind of master plan.