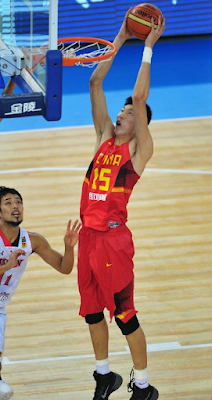 A long, skinny and skilled big man who has nice range on his jumper and exceptional length.

Pros
Has a really soft touch for such a tall player. Can hit the mid range shot with accuracy and even step out to three point land. Doesn’t have the quickest shot but his length makes it difficult to block.

On defense his 7-2 height and 7-8 wingspan make him a presence in the paint, even if he doesn’t yet have the strength to hold his own inside. He elevates well and has decent timing.

Plays the game the right way. Understands spacing and timing and has very good court awareness. A crafty passer with good vision and can even handle the ball on the perimeter.

Cons
Very thin and light and will get pushed around at the NBA level. Doesn’t appear to have a body that will add a lot of strength.

Doesn’t always play with fire and intensity. Needs to find a mean streak.

Lacks the food speed and agility to keep up with most NBA players. His defense could be a major liability early in his career.

Projection: mid first round pick in the 2016 NBA Draft