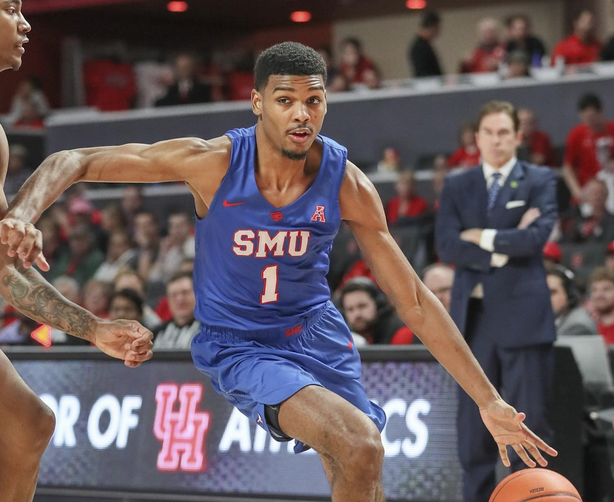 The 2021 NBA Draft is loaded at the top but it is also deep with talent – there are more than 60 NBA level prospects in this class, meaning some solid future pros will go undrafted.

At this time of year the draft world starts to form somewhat of a consensus around who the top 60 or 70-ish prospects are, but each year we hear names called on draft night that surprise us. There are also a few undrafted players each year who fly under the radar but keep working and grinding and eventually get their NBA shot. Here’s a look at a few prospects who don’t get a ton of pre-draft attention and might not hear their names called on draft night but who have a real shot to make it in the league.

Sims is a well-known commodity from his years at Texas. Early in his college career he got a decent amount of draft hype but his progress never really took off and he became somewhat of an afterthought in draft circles (two other Texas big men, Kai Jones and Greg Brown have been getting all the attention this year). But Sims has some very specific NBA attributes, namely his rebounding and interior defense, which could make him a solid bench big who could work his way onto a NBA roster. He won’t be asked to do much on offense besides screening, rolling, dunking and crashing the offensive glass and his calling card will be as an energy big who can muscle opposing centers. It’s not the sexiest role but it could earn him an NBA paycheck. Sims is similar to Richaun Holmes, a former second round pick who saw very little playing time early in his 76er days but has developed into a very valuable role player. Sims probably won’t be an instant impact player but could pay dividends down the road.

Jarreau is a long, wiry, rangy athlete who does all the dirty work but lacks an outside shot. He’s a gifted passer who plays a team-first game. A scrappy defender and solid rebounder, he’s got the physical tools to work his way onto a roster, but might take a few more years of development before he gets his shot. He could land in the G League or overseas to start his pro career and if he can develop a serviceable jumper it’ll go a long way towards earning him a NBA roster spot.

If you go by just the numbers Hunt wouldn’t stand out as a NBA prospect. This past season he averaged 11ppg and shot just 20% from 3. But when you start projecting him to a NBA role and with a few years of NBA coaching/development his athletic traits and potential upside are enticing. Hunt is a highly athletic and mobile 4 who reminds me of a poor man’s Al-Farouq Aminu type who will earn a living with his defense, rebounding, running the floor and willingness to do the dirty work. He’s a solid slasher who shows good burst to the basket and can play above the rim. His lack of a 3pt shot is a big weakness in his game but his form isn’t broken and we’ve seen plenty of times before where a player develops their game from the inside out and becomes a decent/good shooter in time. Hunt might hear his name called near the end of round 2 on draft night but even if he doesn’t get drafted he’s one to keep on your radar over the next few seasons to see how he develops.

The 7-1 Huff has some clear NBA skills and will get every chance to prove his worth to a NBA team, either as a late second rounder or undrafted player. He’s a deadly 3pt shooter with a shot that’s nearly impossible to block, thanks to his great height. He’s also a solid defender at the rim who turned away 2.6 shots per game last season at Virginia. He’s not the most mobile or twitchy player and he’ll have to add strength to hold his own against the top NBA centers but there’s enough positive traits there to warrant a look. His NBA role could be similar to a Luke Kornet or Kosta Koufos (not the most illustrious comps but two guys who earned some solid NBA paychecks).

Another upperclassman from Virginia who will get a look is Sam Hauser, one of the best 3pt shooters in this draft class but really lacking in foot-speed and athleticism. The defense will be a major concern and will stop him from getting starter minutes but he’s absolutely lethal shooting the ball and could be one of the best 3pt shooters in the league (if he makes the league) from the jump. His most clear-cut NBA skill just happens to be one of the most highly desirable skills in the game. To paraphrase Kawhi Leonard, elite floor spacers get paid.