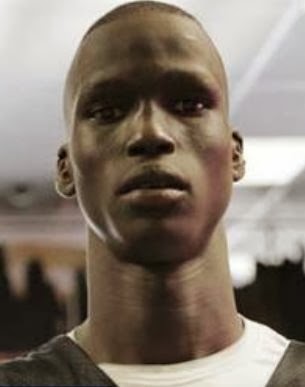 A physically gifted player with awesome mobility for a 7-footer. Rumors are swirling that he’s a lot older than he claims to be.

Pros
Very agile and quick player with nice upside. Fairly new to the game of basketball, having grown up as a soccer player (in Australia), Maker has shown rapid improvement and has a lot of potential.

Maker can dominate in the defensive paint with his 7-3 wingspan and great leaping ability. A true rim protector with very good instincts as a shot blocker and, with added weight and more discipline he can become a complete post defender.

Shows good potential as a face-up scorer with a nice high release on his shot and is expanding his range. Runs the court very well and gets a lot of buckets in transition. Has decent perimeter skills for a 7-footer.

Cons
Doesn’t yet have a consistent array of back to the basket moves and has to grow into being a post player. Does he have a true position?

Tries to do too much on the perimeter and can be sloppy with the dribble. Needs to develop a better feel for the game.

Lacks lower body strength and might not ever be a true “force” in the paint.

Not a great leader or intangibles guy.

How old is he really?

Projection: possible first to mid second round pick in the 2016 NBA Draft