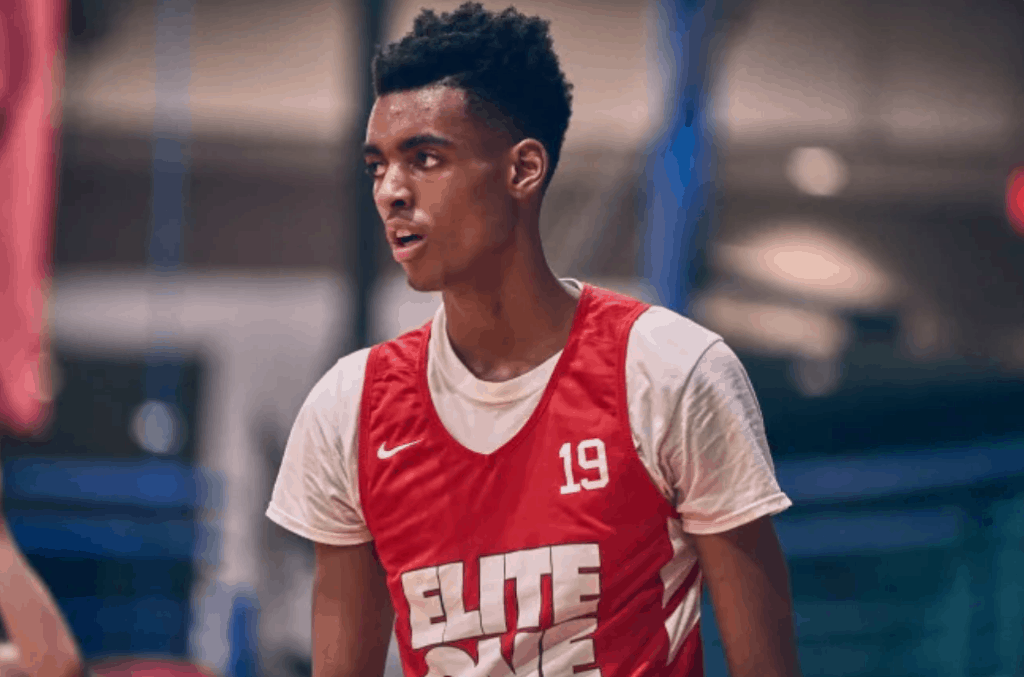 Without further ado, here’s our ranking of the top 5 NBA prospects in high school basketball, plus 5 honorable mentions.

5) LeBron James Jr. – “Bronny” is only a freshman but he makes our top 5 based on his rate of growth/improvement over the past year plus his obviously great bloodlines, which give hope that he’ll continue to grow and develop into a superstar. It’s very early in his development but so far he looks like a certain NBA player with a chance to follow in his old man’s footsteps as a high draft pick and NBA star. This ranking is very much a projection of the future so we’ll see how his game and frame develops over the next few seasons at Sierra Canyon.

4) Jonathan Kuminga – Big, strong, bouncy and dripping with potential – just a few words to describe Kuminga, a 6-8 forward originally form the Congo. He’s a dominant athlete who already has an NBA frame and is a human highlight reel at the high school level. He scores in a variety of ways, is developing his mid range and perimeter game and is like a freight train in the open court. There’s been some talk that he’ll re-class to join the 2021 draft class but he recently shot-down those rumors. He’s currently our no.1 overall in 2022.

3) Jalen Green – The freak athlete from Fresno lands at no.3 on this list but he’s got the potential to be no.1. He’s a world class athlete who reminds of a young Kobe Bryant. He’s always been a high flyer but he’s added strength to his frame over the past few years and he’s developed his offensive game to the point of being nearly unstoppable. His quick first step and explosive athleticism help him get to the rim at will and now that his jumper is more consistent he’s a nightmare to defend. It looks like Auburn and Memphis are the favorites to land Green for one highlight filled season before he jumps to the NBA Draft.

2) Cade Cunningham – The no.1 senior in the country and recent Oklahoma State commit is an elite level prospect and likely top 3 pick in June of 2021. Cunningham is a big point guard who dominates the game by controlling the pace of play and getting wherever he wants on the court. At the high school level he’s simply too powerful and skilled to be stopped, can get to the rim whenever he wants and is deadly from mid range. He’s the complete package: a team first player who excels at getting his teammates open shots but can also take over the game when needed. He’s currently our no.1 overall pick in the 2021 mock draft

1) Emoni Bates – He might be the most polished scorer we’ve ever seen from a high school sophomore. He’s got a lethal outside shot with a smooth, high release and now he’s filling out his frame and taking his to-the-basket game to a new level. Emoni has a killer instinct and seems to be striving for greatness. He’s currently our no.1 prospect for the 2023 draft but with the one and done rule change coming he’ll be eligible for the 2022 draft and will likely be the top guy in that super-draft.

Honorable Mention – the next 5

And finally here’s our latest 2020 mock.