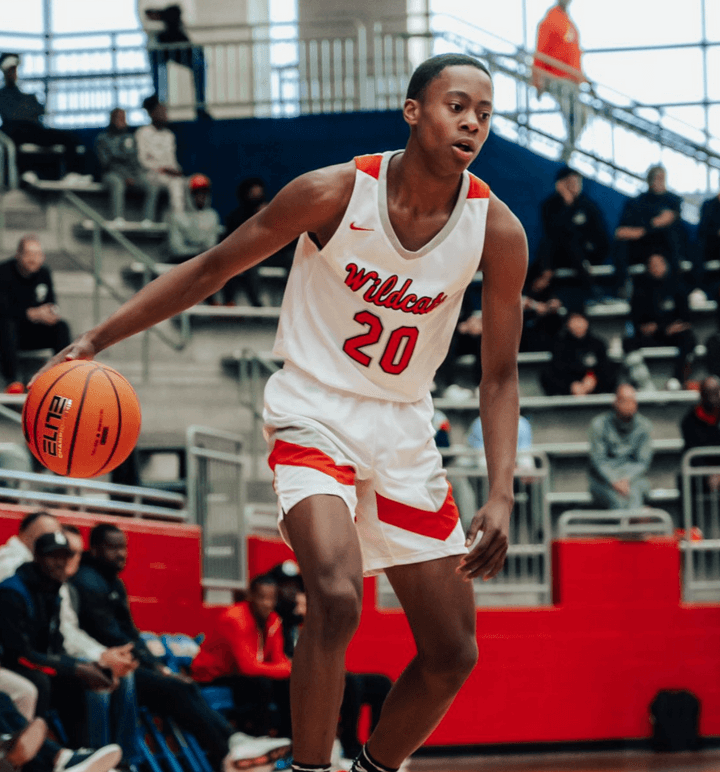 1. Cameron Boozer – PF – Miami, FL – HSso. – Heading into his sophomore season there’s a good argument to be made that Cameron Boozer is not only the no.1 player in the 2025 recruiting class but that he’s the top pro prospect in all of high school basketball. The son of former NBA player Carlos Boozer, Cameron is built in the same mold but is far more advanced and has higher upside than his old man. The 6-9 multi-talented forward is a polished offensive player who has pro moves and a NBA ready frame already, as a 15 year old. It’s hard to overstate just how polished and advanced his game is for his age; he looks like he could easily hold his own on a high major college court and could get buckets in the NBA too. Boozer can already handle the ball in open court and in traffic, can drive and finish with either hand and has a silky smooth outside shot. He’s going to be an absolute menace the next few seasons in high school and, even though he’s young, he deserves the top spot on this list.

2. Tre Johnson – SG – Dallas, TX – HSjr.– There’s smooth and then there’s Tre Johnson’s level of smoooooth. The 6-5 guard is an effortless scorer who is impossible to defend 1on1. He’s got handles, rhythm and feel for the game that you just can’t teach. He’s a great outside shooter who can light it up from outside and his shooting gravity opens up the floor for teammates and for him to drive the ball and get to his in-between game. If the NBA lowers the age limit for the draft (allowing high school players to go to the pros) Tre will be in the running for the top pick in the 2024 draft.

3. Cooper Flagg – SF/PF – Montverde, FL – HSso.– Flagg burst onto the national scene this past summer and is now considered not only one of the top 2 or 3 players in his class (2025 recruiting class) but also one of the best players in all of high school basketball. Flagg can do it all on the court and is especially impressive on the defensive end with his uncanny instincts, feel for individual and team defense and ability to steal the ball and block shots. He’s got great timing as a rebounder on both ends of the floor and has a complete offensive game, able to dribble, pass and shot. This season he’s making a big jump from Maine to Montverde.

4. Xavier Booker – C – Michigan State commit – HSsr.– One of the fastest rising prospects in all of high school basketball over the past year, Booker is a high upside big with unlimited potential. Booker draws comparisons to Anthony Davis with his freaky athleticism and talent at 6-10. He’s a super mobile and agile athlete, can jump out of the gym and has length, allowing him to play way above the rim with ease – blocking shots on D. and throwing it down on the offensive end. His offensive package extends out to 3 and he shows flashes of ball handling and a quick first step in the face-up game. The big lefty is headed to Michigan State for one season and could be a top 3 pick in the 2024 draft.

Your support on Patreon helps me keep this site running! Please consider subscribing. Thank you!