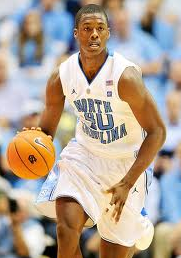 With the recent announcements of some key talent returning to college basketball it’s time to start getting excited about a potentially loaded 2012 NBA draft. With a possible NBA lock out after this season there has been added incentive for the top college players to consider staying in school for at least one more year.

We’re still waiting to hear from some top prospects but as it stands now the 2012 draft will be stacked with talent. The recent announcement from Harrison Barnes that he will be returning to North Carolina for his Sophomore season is icing on the cake for an already talented crop of prospects. Other star players returning to school include Jared Sullinger, John Henson, Perry Jones, Patric Young and Tyler Zeller, among others. 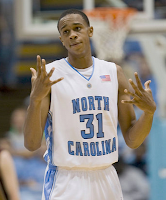 Add in a very strong upcoming Freshmen class, headlined by Anthony Davis, Austin Rivers and James McAdoo and the 2012 draft could be the draft of the decade.  It might not match the 2003 draft which featured LeBron James, Dwyane Wade, Carmelo Anthony and Chris Bosh but it could get close.  Barnes and Davis have a chance to become legit NBA superstars and players such as Perry Jones, Jared Sullinger and James McAdoo could develop into perennial all stars.  And the talent in the 2012 draft could go well into the second round.

In fact, the 2012 NBA draft could be so strong that we could see teams trading away picks this year to load up for next year.  The 2011 draft has some decent talent, especially in the top 5 but expect GM’s to begin positioning for 2012.