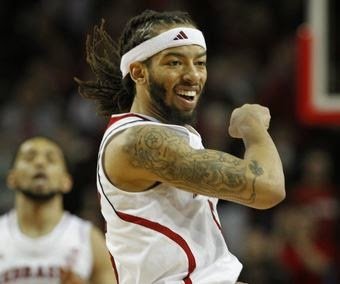 A solid and fundamentally sound SF with decent athleticism.

Pros
Petteway plays a well rounded game and has good basketball I.Q.  He moves well without the ball and makes good decisions with the rock in his hands.

Has a surprising first step and good ability to get to the rim, where he can throw it down with either hand. Has good length and size to match up on the wing against NBA level/size players.

Plays with good energy and intensity on defense and is a team first guy. Slides his feet and uses positioning well.

Cons
Doesn’t shoot a good percentage from the field and needs better shot selection and better accuracy on his open jumpers. Is not yet a consistent three point threat.

Can be sloppy with the ball and sometimes forces the issue, leading to way too many turnovers.

Projection: late first or mid second round pick in the 2015 NBA Draft