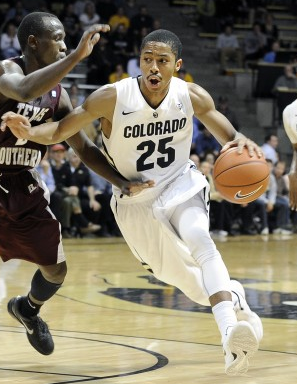 A high scoring guard with nice length and physical ability.

Pros
Can score in bunches and from anywhere on the floor. Has excellent form on his jumper and a quick release. Moves without the ball well and has a knack for getting open.

A great free throw shooter who also knows how to draw fouls and get to the line. Very willing passer who sees the floor well and knows when to move the ball.

Cons
A low percentage shooter from the field. Settles too often for long jumpers instead of taking it to the rim. Forces the issue and turns the ball over too often.

Lacks strength and doesn’t seem likely to put on a lot of weight or add strength quickly. Recovering from knee injury.