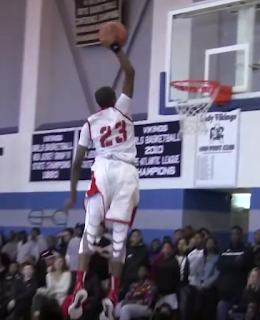 Overview
A dynamic athlete with elite level upside. Can play above the rim with ease and is lightening quick in the open court. A standout defender and gifted scorer who could be a one and done lottery pick from Florida.

Strengths
Lewis is a super smooth and explosive athlete who has unbelievable length, coordination and leaping ability. He’s nearly impossible to stop in transition and excels at getting to the cup. In the open court he’s a highlight waiting to happen.

Get’s nice lift on his jumper and shoots it with good technique. His outside shooting is still a work in progress but he shows a good amount of promise to develop into a consistent three point threat.

Gets after it on D and moves his feet very well. Has quick hands and good anticipation. Transitions from defense to offense in a heartbeat.

Has an extra gear that most athletes don’t have.

Weaknesses
Has a lot of improvement left to do – gaining consistency on his jumper, expanding his range and getting better off the dribble.
He lacks polish in the mid range game and can get caught over-driving instead of pulling up for a floater or mid range J.

He’s very thin and lacks both upper and lower body strength. Will likely always be a thin player and doesn’t project as a good post defender.