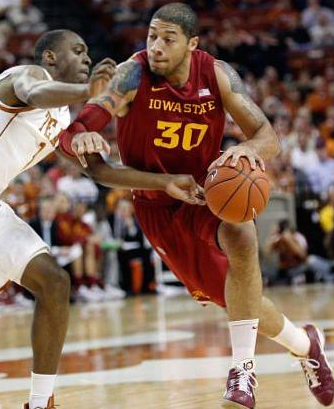 White is a unique player, able to run the point and distribute the ball and built like a power forward. This versatility makes him extremely difficult to guard and makes him a real game changer on the court.

Has an unbelievable handle and passing ability for a big man. At 6,8 and 270lbs he can out muscle opponents on the block and also has the quickness to take defenders off the dribble. Often brings the ball up the court and plays the point guard, or point forward position. Facilitates the offense as well as any big man I have ever seen with an incredible knack for finding the open man and great passing ability. Has a little Magic Johnson in his game.

Very quick on the dribble drive and is a matchup nightmare for opposing power forwards. Good rebounder and has very good strength for banging inside. Plays with a lot of passion and is a real winner. Should be a triple double threat for years to come.

Does not have a good outside shot and is atrocious from the foul line. With his overall high skill level it is likely that he’ll improve his free throw shooting but so far he’s shooting less than 50% from the line.

Health note: White has been dealing with an anxiety disorder which makes it difficult for him to fly in airplanes and deal with some other situations. This shouldn’t have much affect on his draft status.